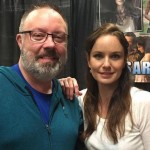 James McDonald is a Movie Critic and Celebrity Interviewer with over 30 years of experience in the film industry as an award-winning filmmaker. He has met and interviewed many celebrities including Sarah Wayne Callies from “The Walking Dead,” Wilford Brimley from “The Thing,” Charles Cyphers from “The Fog,” Kim Coates from “Sons of Anarchy,” Rob Schneider from “The Hot Chick,” John Rhys-Davies from “Raiders of the Lost Ark,” as well as Dean Cundey, the cinematographer of such classics as “Halloween,” the “Back to the Future” trilogy, and “Jurassic Park, Michiel Huisman from “Game of Thrones,” and Robert Rusler from “Weird Science.”

Born in Dublin, Ireland, James became fascinated with movies at age seven and at age ten he was already reading books about film-making. At age twelve he made his first film, a four-minute short called “Chase.”

Always wanting to expand his career in the film-making world, James decided to start reviewing movies and interviewing filmmakers. Nowadays, he splits his time between writing screenplays and his website and why not watch and analyze the one thing that is most inspiring to him and at the same time, give other up-and-coming independent filmmakers a voice and an outlet to introduce their shows to the world? You can also win free movie passes, Blu-ray movies, DVDs, movie memorabilia plus so much more. After all, who better to review a film than a filmmaker? 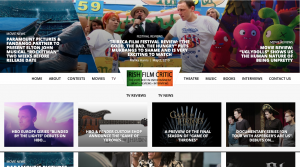 There are no reviews yet.

Be the first to review “James McDonald”