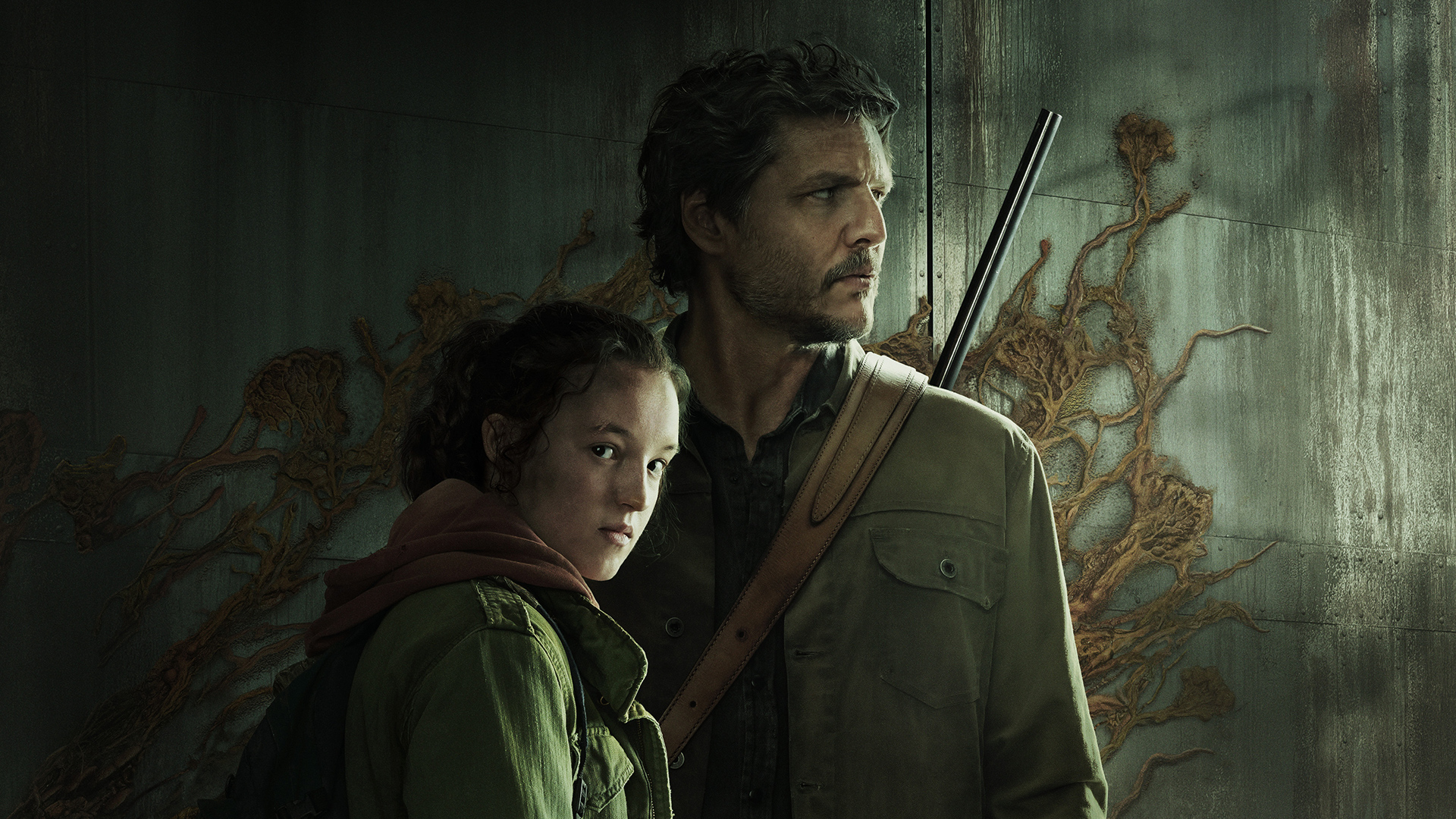 The HBO Original drama series “THE LAST OF US”, based on the critically acclaimed video game of the same name developed by Naughty Dog exclusively for the PlayStation® platforms, debuts this coming Sunday the 15th on HBO and will be available to stream on HBO Max. This review was made possible due to an advance screener of Episodes 1-9 of “The Last of Us” provided to Coastal House Media by SKY TV for review. “The Last of Us” is exclusively available from the 16th of January on Sky Atlantic and streaming service NOW

“The Last of Us” story takes place 20 years after modern civilization has been destroyed, Joel (Pedro Pascal), a hardened survivor, is hired to smuggle Ellie (Bella Ramsey), a 14-year-old girl, out of an oppressive quarantine zone. However, what starts as a small job soon becomes a brutal heartbreaking journey as they both must traverse the U.S. and depend on each other for survival.

The long-anticipated adaptation of Naughty Dog’s “The Last of Us” is finally near and airing on the small screen as HBO brings the greatest, most intense, enduring, and one of the most emotional journeys to life. The joint production by Sony Pictures Television, PlayStation Productions, Naughty Dog, The Mighty Mint, and Word Games and co-created and written by Craig Mazin best known for creating the five-part HBO miniseries Chernobyl, and Neil Druckmann, Naughty Dog’s president and creator of “The Last of Us” games is an absolute masterpiece that’s fitted with such an immersive narrative that pulls the viewer in as the story progresses.

Throughout each episode the story captures the humanity, society, and function after a mass apocalyptic attack, leaving fungi to spread by the millions in different variations of certain levels of infection and they’ve spared no expense each one being scarier and more intimidating than the last such as the Stalkers, Clickers, and Bloaters that were seen in the game, each infected embody advanced disease states. However what could be even scarier are the people in which Joel and Ellie encounter whether their FEDRA, The Fireflies or even Hunters, Mazin and Druckmann bring us new perspectives to explore that we wouldn’t see in the game and showcase that there aren’t just good guys and bad guys. Everybody’s ultimate goal is trying to survive and to live life to the fullest way they can, especially in a world that houses both the “The Last of Us” games, the series truly becomes rich with detail ultimately bringing to the small screen such a huge complex and an emotionally wrenching storyline.

Further grounding the series we focus on the story of relatable human drama and the relationships set against an apocalyptic background. Over the first season’s nine episodes we follow this curmudgeonly smuggler Joel Miller played beautifully by Pedro Pascal. Joel is a man suffering from an incalculable loss and tormented by past trauma and failure. Now a morose and completely closed-off he’s tasked to trek across a pandemic-ravaged America, all the while protecting a girl who represents the last hope of humanity.

That girl happens to be Ellie, a 14-year-old orphan who has never known anything but a ravaged planet. struggles to balance her instinct for anger and defiance with her need for connection and belonging… as well as the newfound reality that she may be the key to saving the world. Bella Ramsey provides a career-defining performance.

Through these two characters, we witness an exploration of the unconditional love a parent feels for their child and the beautiful things that could come out of that whilst also showing the really horrible things too. The tragic loss Joel endured throughout the outbreak continues to drive him as the character is completely driven by trauma, everything he does, for better or worse, is shaped by that loss is something that’ll grab the audience as so many will no doubt relate to it. Ellie feels Joel’s pain and throughout the season you see them forming a bond on their journey, she sees a shared experience but Joel is very resistant to it.

Luckily the characters are in great hands with HBO’S adaptation Ramsey and Pascal have incredible chemistry in the upcoming series. Throughout “The Last of Us” we explore the difficult world through the relationship of Joel and Ellie and the dynamic between the two leads is at the heart of the story. The world is a painful and confusing place, but Joel and Ellie show us that ultimately there is hope in the relationships we build and the adventures we take together.

Joining Pascal and Ramsey are Gabriel Luna as Tommy Miller, Joel’s younger idealistic brother, Nico Parker as Joel’s daughter Sarah, and Anna Torv as Tess, a hardened survivor and Joel’s smuggling and longtime partner in this new world. She’s both gritty and capable of doing what she has to, to get by in the ravaged hellscape. and Merle Dandridge as she reprises her role from the video games as Marlene, the leader of a resistance group known as the Fireflies. It also features Jeffrey Pierce (Bosch) as Perry, Murray Bartlett (The White Lotus) as Frank, Con O’Neill (Chernobyl) as Bill, and Storm Reid (Euphoria) as Riley.

“The Last of Us” is one of the greatest stories that has ever been told in video games and HBO provides one of the most faithful adaptations so to bring it to the screen enables the story to be fleshed out more from the fictional world Druckmann first created back in 2009. Throughout, the series has grounded atmospheric suspense and tension showcasing the depiction of a struggle for survival and moral clarity amid a fallout Quarantine Zone.

Apart from delivering an elevated survival horror with “The Last of Us”, the series also rises well above expectations, however, when adapting a game for screens, the creators can often take creative liberties with the plot and script ultimately leaning into some deviations in the story. In the case of the upcoming series, the head-turning hour arrives early, with its third episode, which was one of my favourites.

This approach marked a difference between how Druckmann approached the story of the series versus the game. everything you’re seeing and experiencing is through Joel and Ellie’s eyes and their eyes only. it’s wanting to make you feel like these characters. But with the episodic story format in the show, the sum is greater than the individual parts. “The Last of Us” however isn’t like most games, the heartbreaking and gorgeous apocalyptic drama is already extremely cinematic and when it comes to shooting a live-action series everything has to come together, especially at that moment when you say action. After having watched what Druckmann and Mazin have created with such enthusiasm makes it truly easy to see why HBO has so much faith in this dynamic writer-showrunner duo. Its successful storytelling, beloved characters, and an incredible journey cross-country between two unlikely travel companions truly make for an unforgettable and emotional human story.

The DNA of “The Last of Us is also being kept alive through its score by Gustavo Santaolalla. You will hear themes that you’ll remember from the 2013 game.

“The Last of Us” HBO series is also getting a companion podcast hosted by Troy Baker alongside Neil Druckmann and Craig Mazin. Baker, who voiced protagonist Joel in the video game will release new episodes of the podcast every Sunday to go alongside each new episode of the show as fans of the series and the game alike will have the opportunity to be flies on the wall as the trio discuss their personal relationships to the iconic game, their experience in adapting it for television, and behind-the-scenes stories.

“The Last of Us” is rife with loss, violence, humour, and love, and viewers can expect similar themes in the series. It has all the elements we’ve loved from playing the game such as an immersive story, expansive world and an interesting cast of beloved characters that are complex as they’re woven into suspenseful thrilling narratives whilst offering plenty of fan favourite moments and surprises. But will there truly be light at the end of the tunnel, so When You’re Lost In The Darkness, Look For The Light.

Joel and Ellie, a pair connected through the harshness of the world they live in, are forced to endure brutal circumstances and ruthless killers on a trek across post-pandemic America. 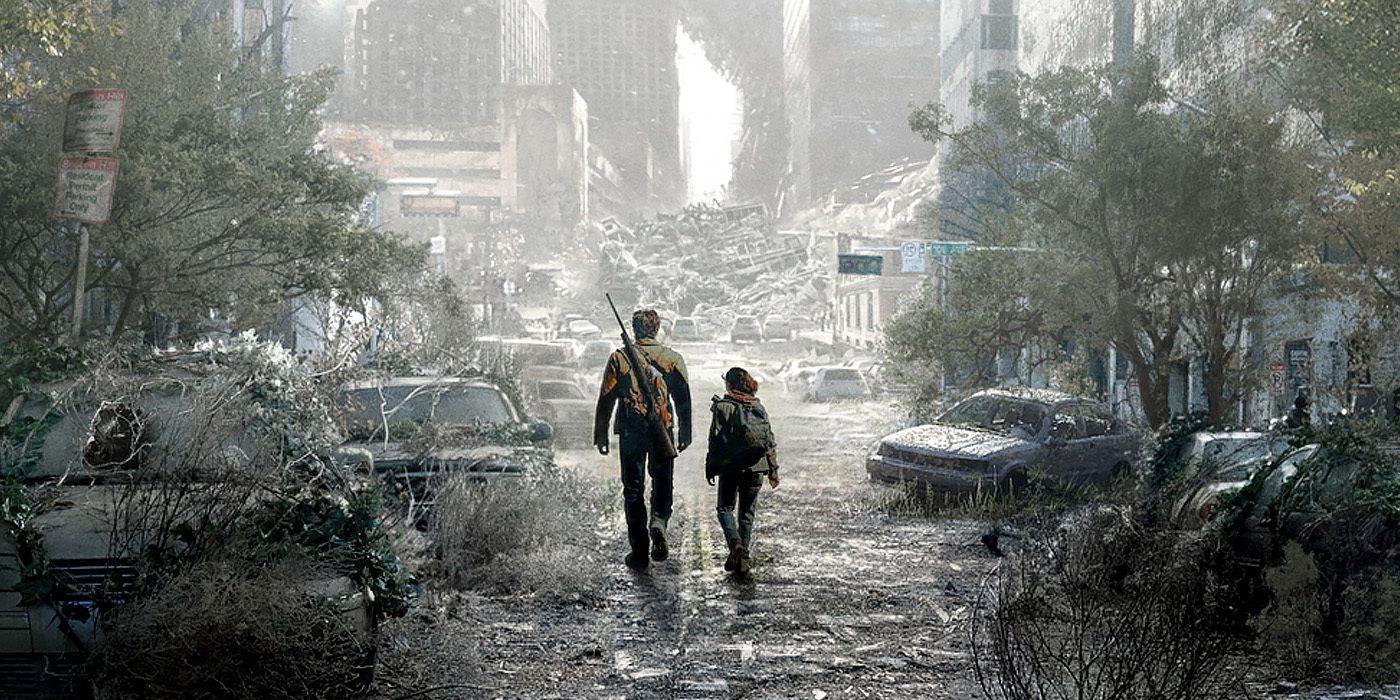 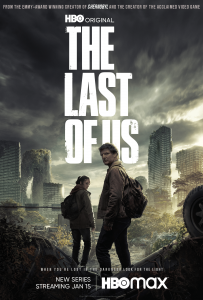 Joel and Ellie, a pair connected through the harshness of the world they live in, are forced to endure brutal circumstances and ruthless killers on a trek across post-pandemic America.
FILM RATING
Continue Reading

House of the Dragon renewed for a second season 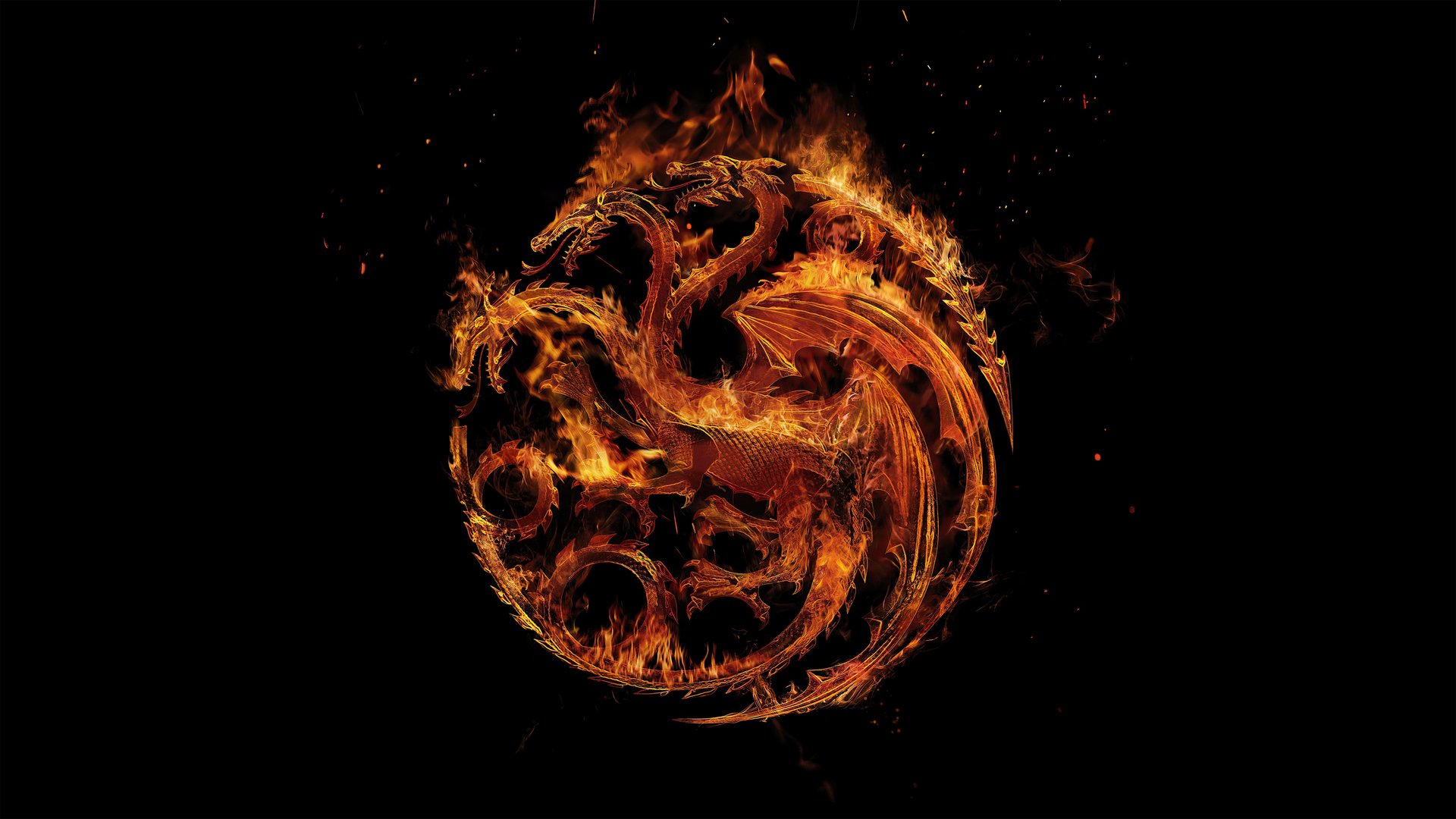 Following the successful launch of episode 1, it has been confirmed that HOUSE OF THE DRAGON will be returning for a second season. The series available exclusively on Sky and NOW in the UK has received strong critical acclaim and multiple 5* reviews, being dubbed ‘Bigger, bolder and bloodier than Game of Thrones’ (The Independent) and ‘visually sumptuous’ (The Times). Based on George R.R. Martin’s “Fire & Blood,” the series, set 200 years before the events of Game of Thrones, tells the story of House Targaryen.

Zai Bennett, MD of Content at Sky said: “House of the Dragon is already proving to be a ratings hit, and we predict it will go from strength to strength due to the captivating storytelling and incredible production values. We look forward to sharing a second series with our customers on Sky and NOW.”

First Look | The Last of Us | HBO Max

Joel and Ellie, a pair connected through the harshness of the world they live in, are forced to endure brutal circumstances and ruthless killers on a trek across post-pandemic America. 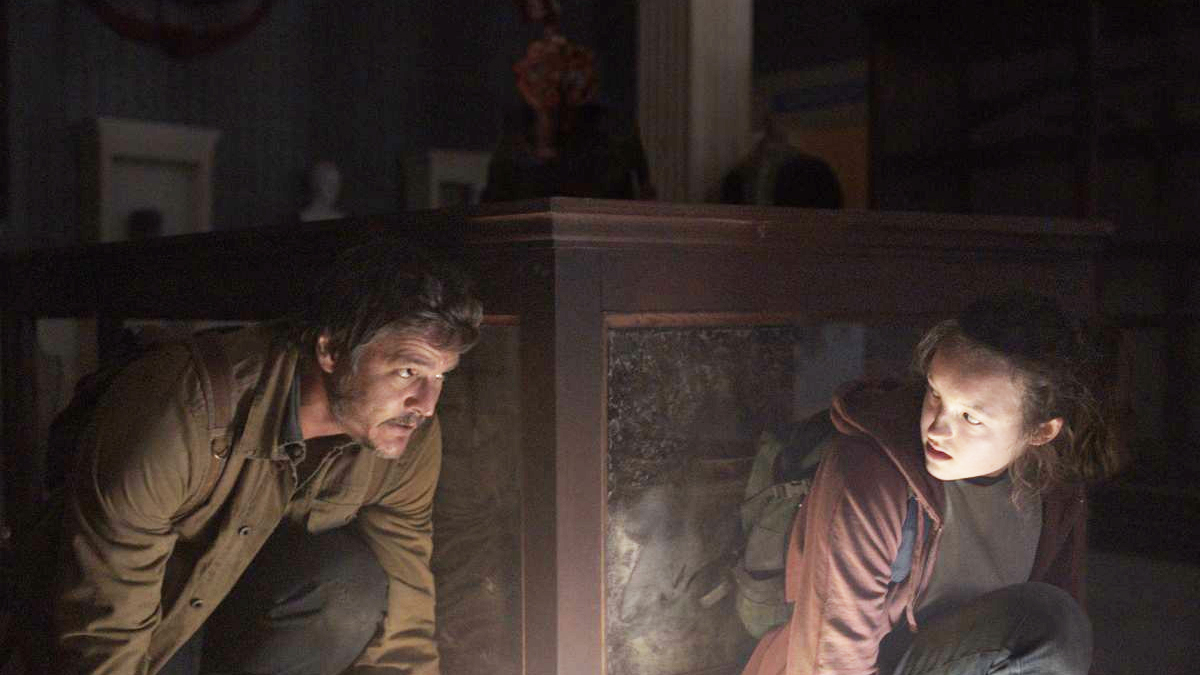 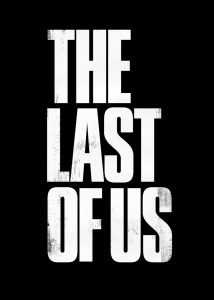 Joel and Ellie, a pair connected through the harshness of the world they live in, are forced to endure brutal circumstances and ruthless killers on a trek across post-pandemic America.
FILM RATING
Continue Reading
Advertisement