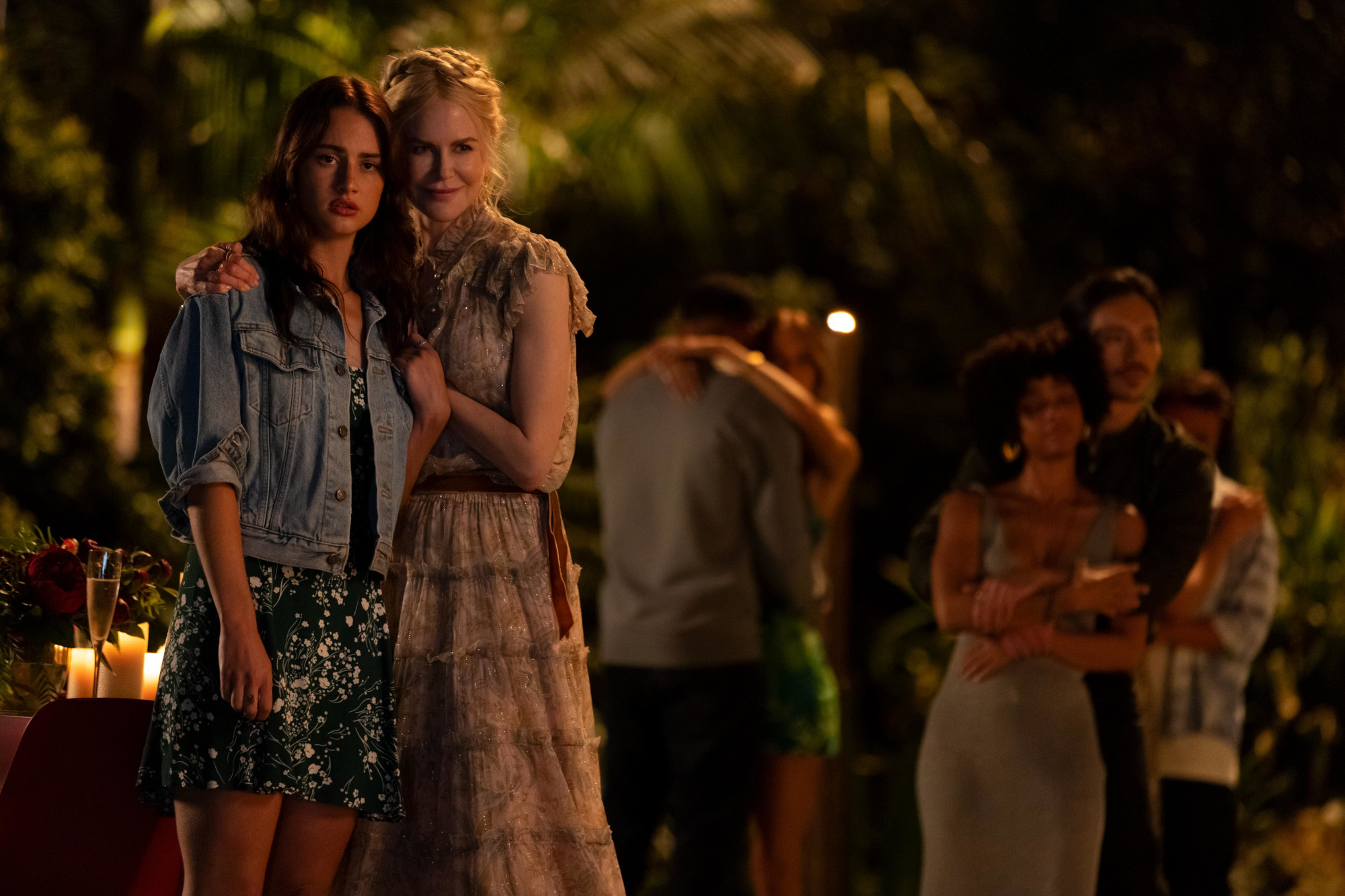 Nine Perfect Strangers episode 5 titled Sweet Surender definitely answers some of the questions that were posed in previous episodes of the Hulu/Amazon series. It also shows the aftermath of Masha (Kidman) who’s moving to the next stage in her mysterious plan.

The guests are also now struggling to tell the difference between reality and their hallucinations, thanks to the higher dosages in their smoothies, some of these sequences were hilarious but also some were truly heartbreaking.

Birthdays are a time to celebrate and in this episode Zoe Marconi (Grace Van Patten) celebrates her 21st birthday. It’s bittersweet as she shares her birthday with her late brother, however Zach (Hal Cumpston) appears during this episode thanks to Zoe hallucinating. They talk, mainly about her lying and saying to the other guests that she and Zach were not close.

It’s the first time that Zoe truly has expressed her grief, she’s constantly in denial so it was emotional and heartbreaking watching her admit how lonely she’s been.

In the morning, Napoleon enters the room and puts on a John Travolta performance from Grease. He starts dancing in his underwear as Smoothies are being prepared. The family are getting more along at their stay in Tranquillum but is it a facade or not.

The gang of strangers all join together and discuss their odd dreams with each other. Napoleon discusses how he dreamed of being a member of the Beatles though Carmel is triggered by the song and forcefully plunges her fork straight into the table.

Lars also confesses that he dreamed of giving birth whilst all the residents were there to see it all happen. Lars remembers the dream so vividly that he remembers that Tony happened to be the father and was uncontrollably crying.

Frances also has a visitor, Paul arrives too apologise. However this is all one big dream sequence as Frances collapses into her oatmeal and passes out. This provides such an intimate moment later on between Frances and Tony as he’s the only one she feels able to share the most with. Tony encourages her to keep writing.

Masha also has some moments, as the episode begins with a flashback when she lost one of her residents at Tranquillum. Still on the the hunt for her mysterious stalker she confides in Deliah and apologises for what happened in the past. Unexpectedly Delilah leans forward and kisses Masha.

The episode then takes a trippy and psychedelic turn as both Yao and Delilah share some intimate moments together.

The day goes ahead with cliff dives for the Marconi couple as they get their shot of adrenaline by jumping straight into the water. While this is going on Lars heads to a secret spot and phones his contact letting them know that he’s been drugged.

Regina Hall does some phenomenal acting in this episode especially as she sees Benjamin and Jessica make love in the hot springs. This unfortunately sends her to the boiling point as she becomes erratic. that moment reminded her of her ex husband and his new woman, as it’s discovered that Carmel hid all her anger and rage by putting on a brave face for her children.

Overall Nine Perfect Strangers episode 5 has me questioning what is real and what is imaginary. The cast are also compelling to watch as they go further into treatment. That night as they all join back at Tranquillum to celebrate Zoe’s birthday, Zoe notices Zack standing by the pool as she stares in his direction. Masha notices surprised and hurries over to only whisper in Zoe’s ear that she is the key to what’s happening. But what exactly does she mean and will we eventually get to figure this mystery out.

Review | The Champion of Auschwitz 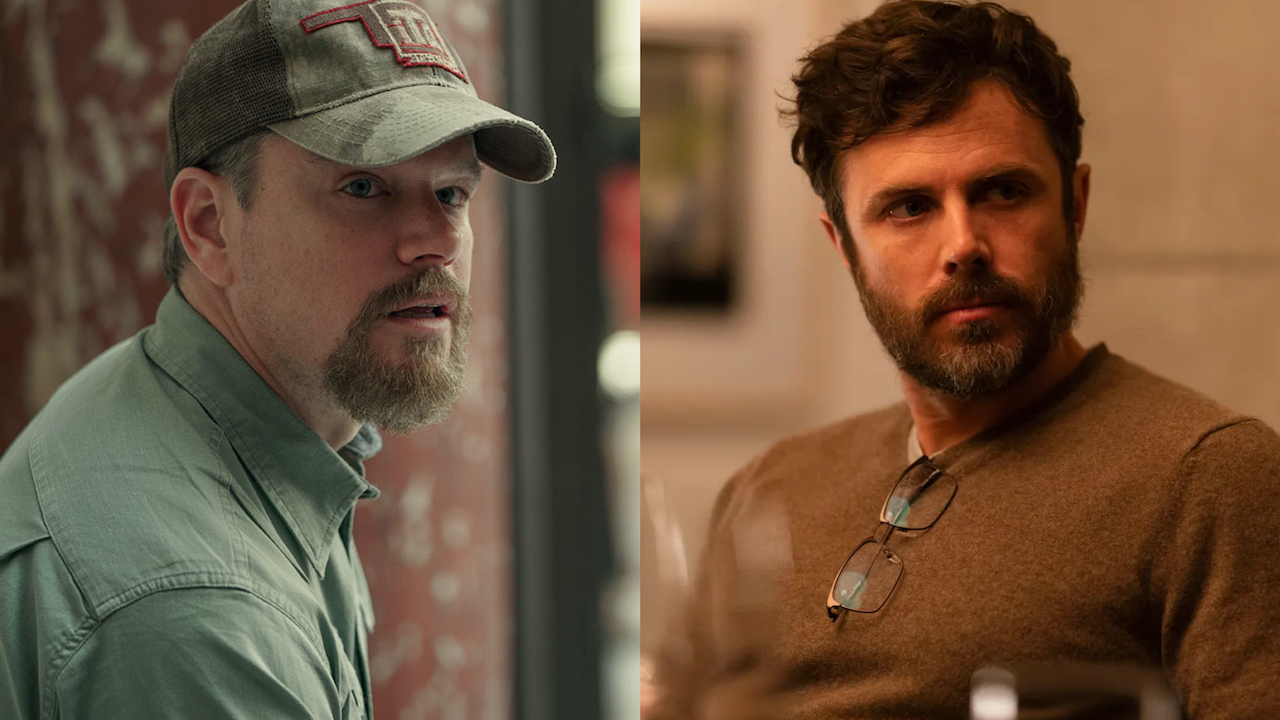 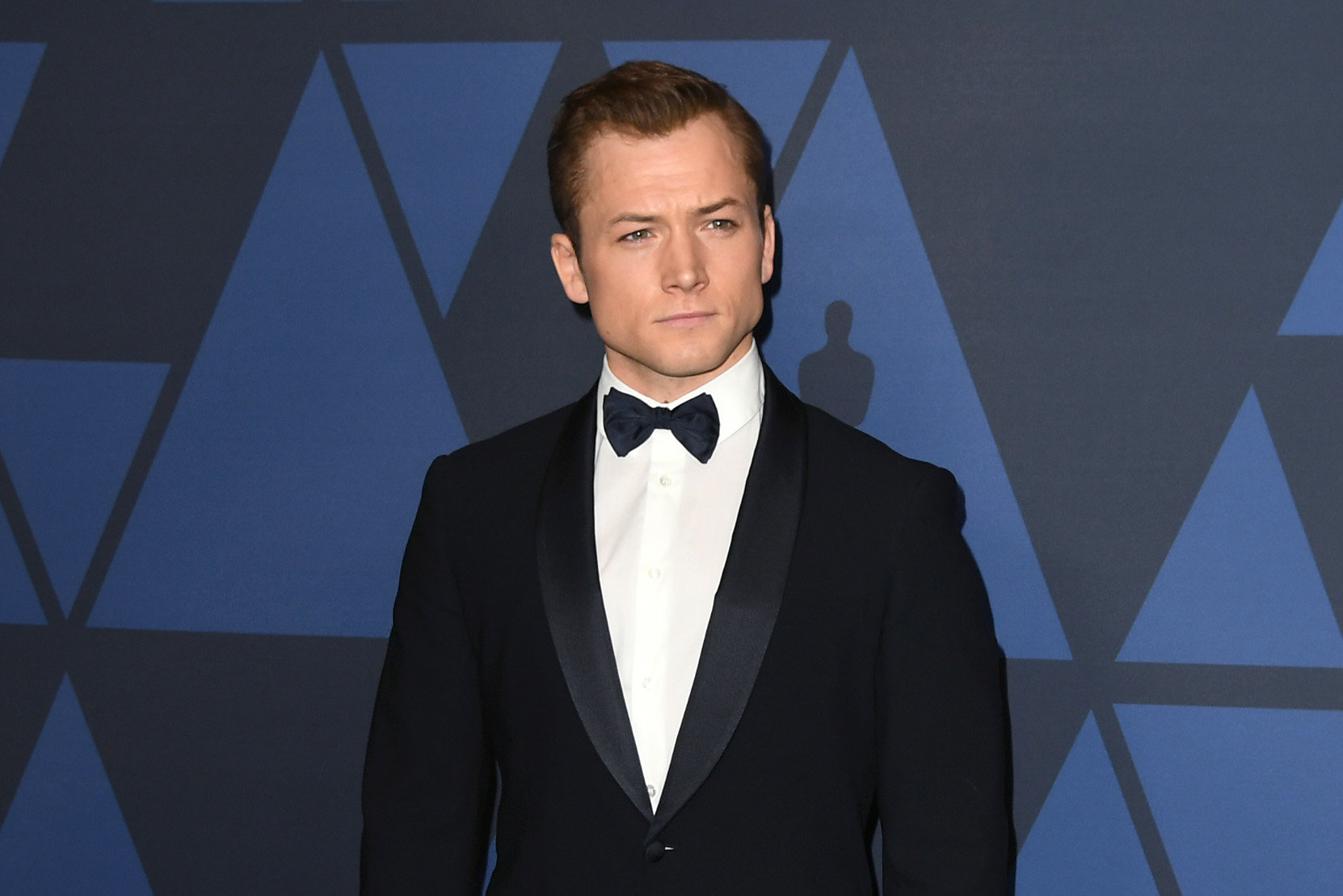 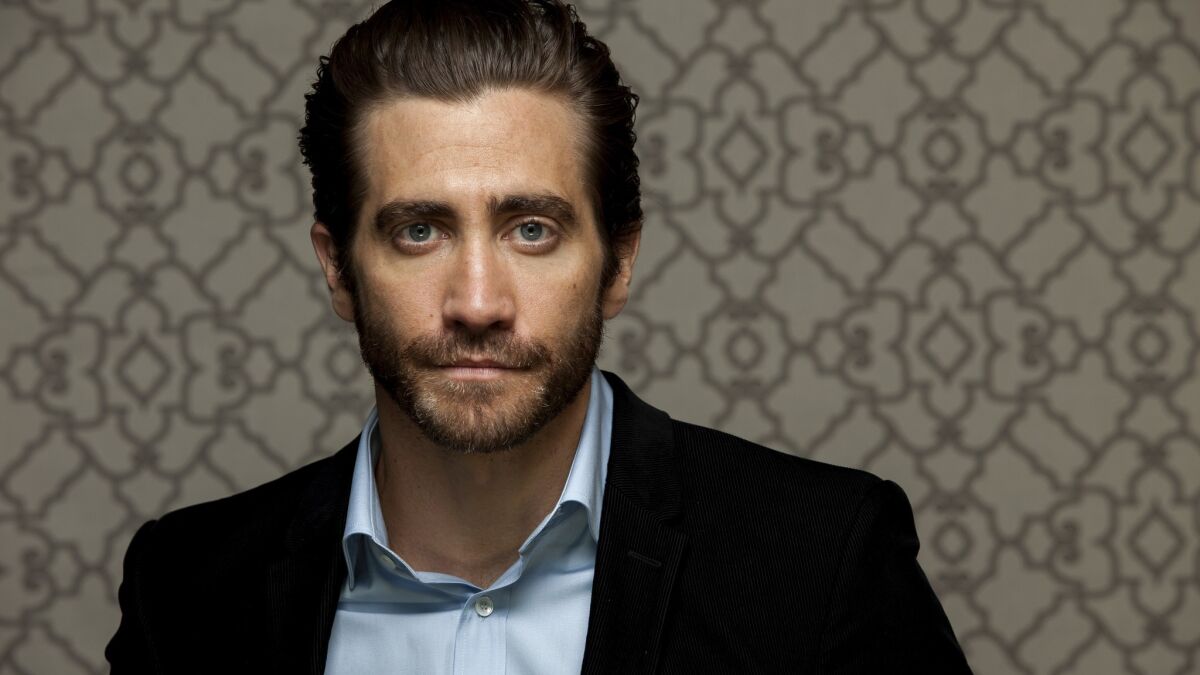 Many stars are currently pivoting to more TV and streaming work as AppleTV+ is becoming one of the more prestigious streamers to attract stars. Harrison Ford, Henry Cavill, Gary Oldman, Leonardo DiCaprio, Reese Witherspoon, Meryl Streep and Edward Norton are just SOME of the names coming to the service or already appearing in projects for AppleTV+ and they’re about to add another Oscar nominee to their ranks.

According to Deadline, Jake Gyllenhaal (Nightcrawler, Brokeback Mountain) is set to lead the dramatic limited series, Presumed Innocent for AppleTV+. He will also act as an executive producer on the project alongside J.J. Abrams (Lost, Star Trek) and his Bad Robot banner. Additionally, David E. Kelley (Big Little Lies, The Practice) will write and act as Showrunner on the series for the streamer. Presumed Innocent is based on a 1987 novel that was also adapted as a feature film in 1990 starring Harrison Ford telling the story of an awful murder that stirs controversy within the Chicago Prosecution Office as there is a presumption that one of their own committed the crime.

Gyllenhaal will play Rusty Sabich in the series who is described as a passionate prosecutor who is accused of killing a close colleague when evidence begins to point to him as the premiere suspect. The series being reimagined by Kelley, will explore obsession, sex, politics and the limits of love as the accusations start to tear apart Rusty from his family.

The Oscar and Tony-nominated actor most recently voiced the lead character in Disney’s Strange World and will next appear in Guy Ritchie’s The Covenant alongside Antony Starr and Emily Beecham. Additionally, Gyllenhaal has a ton in the works including the video game film adaptation of The Division for Netflix which is based on the famous Tom Clancy franchise. However, none may be more highly anticipated than the remake of Road House. The latter will star Gyllenhaal filling the role originally played by the late, great Patrick Swayze. Road House will be helmed by Doug Liman and also star Daniela Melchior, Billy Magnussen and mark the big-screen debut of MMA superstar, Conor McGregor. 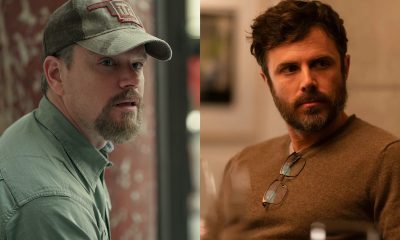 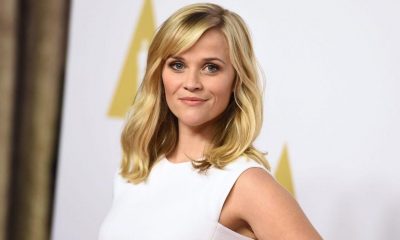 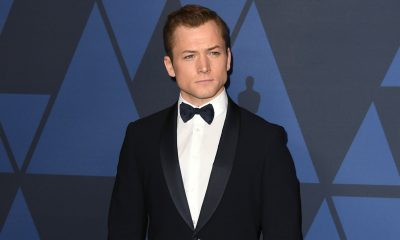 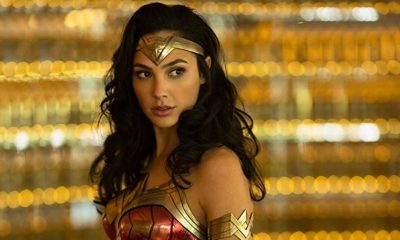 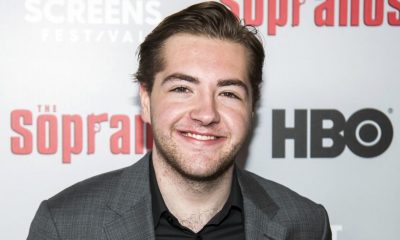 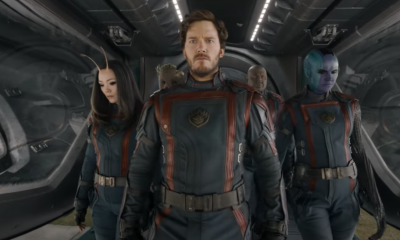 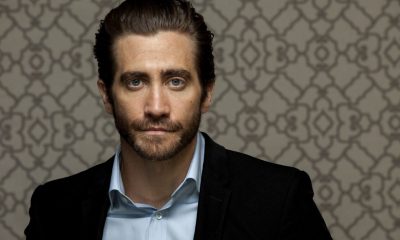 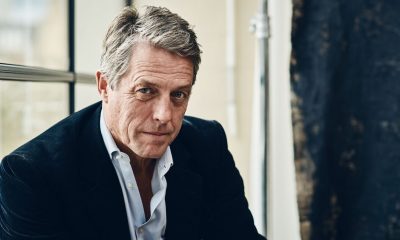 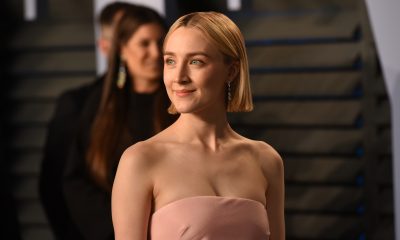