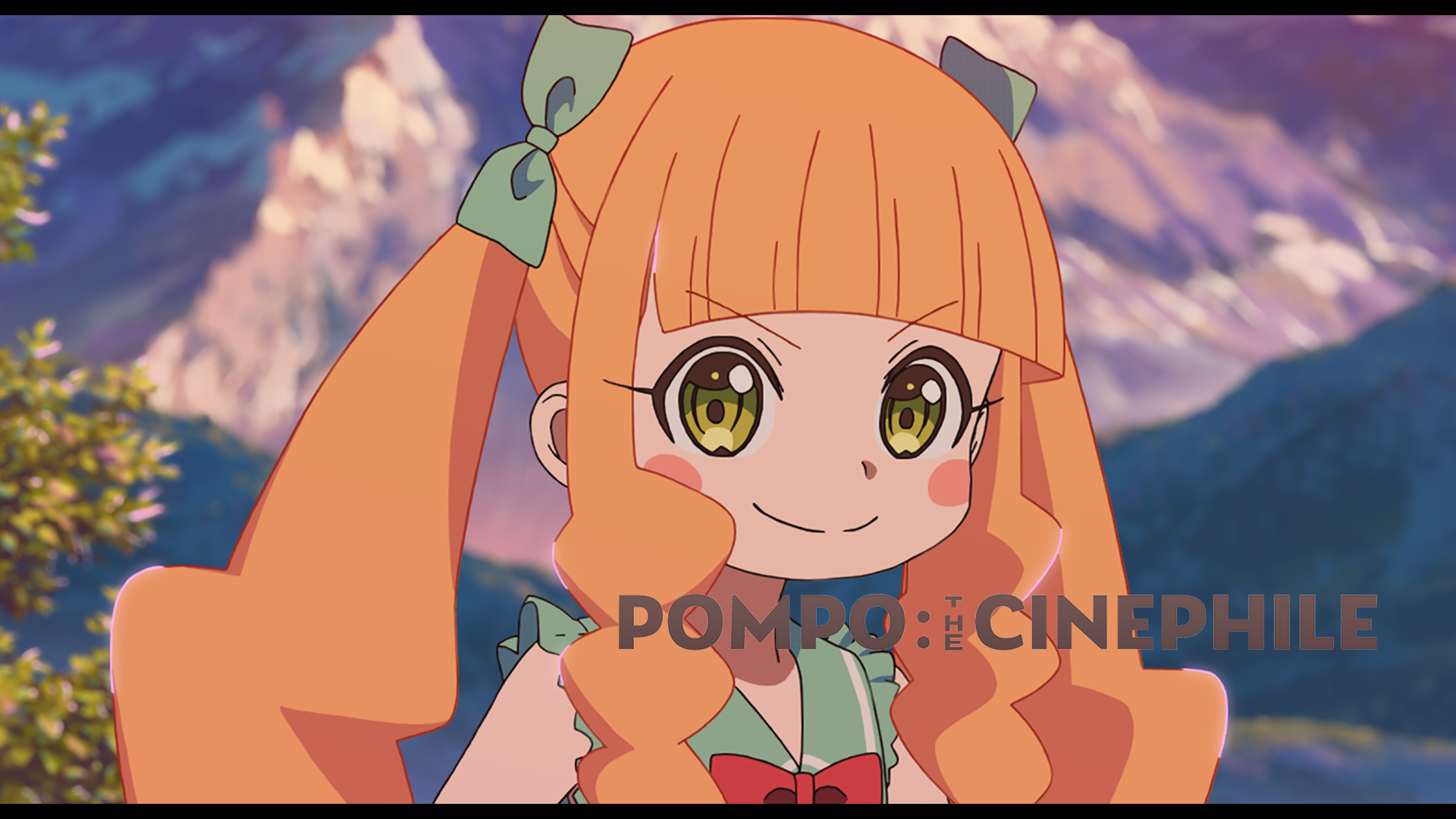 Based on the manga series of the same name by Shogo Sugitani, Pompo: The Cinephile is a delightful and beautifully entertaining film that is sure to grab your attention if you consider yourself to be a bit of a movie geek.

Pompo is a movie producer that works in “Nyallywood”, the movie capital of the world and she’s a very talented producer with the ability to spot potential in people and really bring out their talent but despite this, she only ever produces B-movies. Whilst the film’s title will make you believe that Pompo herself is a cinephile, it’s actually her assistant Gene that’s the true film buff. Gene knows everything about every movie and is completely obsessed with them. As a result, he’s doubtful of why Pompo continues to make the same sort of film over and over.

However, one day Gene discovers a really great script written by Pompo that’s full of nuance and great characters. Pompo then gives Gene- someone who’s never directed a film in his life- the opportunity to direct the film and she casts Martin Braddock, the best actor in the world, as the star of Gene’s first film.

If you’re a cinephile yourself then it’s very likely that just the title alone of this film will stand out and appeal to you. And it’s an absolute delight to watch. The film opens with a little song introducing you Nyallywood and throwing you into the world of the film. Immediately It’s very clear that Pompo has its own unique style that will help the 90 minute runtime fly past.

It’s edited in a way that makes it feel like you’re literally watching a comic book right in front of your eyes. Think Scott Pilgrim Vs. The World only more extreme. For instance where there are scenes in which Gene is editing the film or a trailer, rather than constantly seeing him sat at a computer editing the film, which would get quite tedious very quickly, instead, we see Gene physically slicing up pieces of film with a sword which makes the whole thing much more cinematic.

It’s bold and stylistic but it makes the film stand out in your memory much more for being daring and courageous, making it feel very different from other anime films that I’ve seen. As well as the unique style in the way Pompo: The Cinephile is edited, its distinctiveness is seen through the wonderful colours and the beautiful animation.

Pompo starts off as a really wonderful and delightful film but as it goes on the plot struggles a bit and it can feel a bit rushed. They finish shooting the film and then all of a sudden a crises appears and they try to solve it with crowdfunding and things that happen in the final half hour or so don’t quite fit with everything that’s come beforehand. To add to that, Gene isn’t actually a very good director. The film tries to make out like he is through his extensive knowledge of other films and a few good ideas he comes up with on the spot but he’s constantly not knowing what exactly he should be doing and asking others for help which doesn’t quite go with what the film is trying to tell us about him.

Pompo: The Cinephile is bold and stands out massively from other films due to its quirky nature and many of the fun transitions between scenes. For a film fan, there’s a lot to cherish here and it’s easy to have a lot of fun with, although the film does go off the rails a little bit in the third act towards the end of the film.

Pompo: The Cinephile was selected as part of this year’s Fantasia International Film Festival

What If? Episodes 1-3 Review 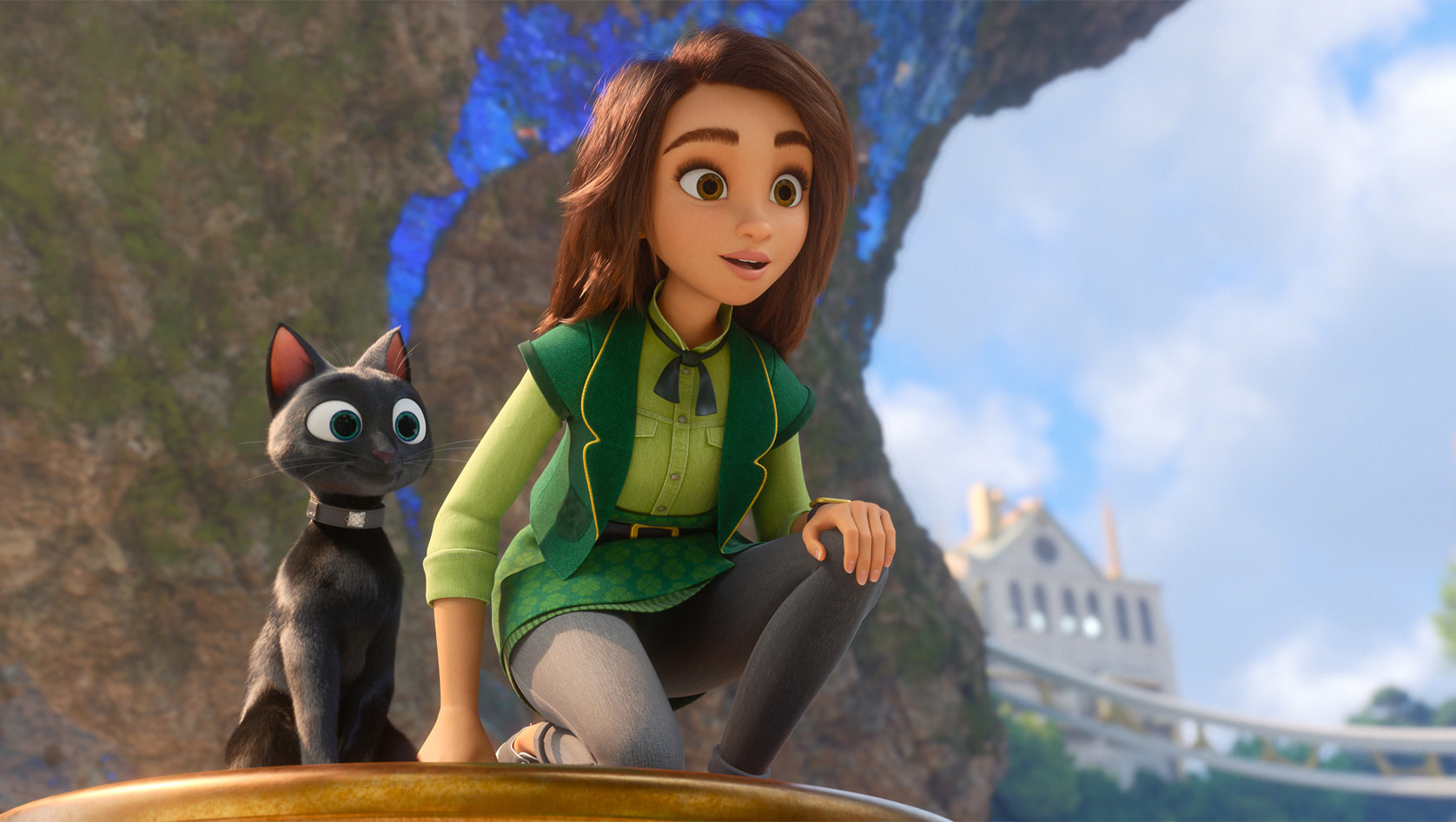 From Apple Original Films and Skydance Animation comes their first animated feature which premieres on AppleTV+ this Friday, August 5th. I adored this movie and was truly charmed as the story is something the whole family can get behind and will find it fun but also moving as the film shows how we perceive good luck but also how bad luck can lead to the best things that you never expected would happen in your lifetime.

“Luck” centres around the story of Sam Greenfield, the unluckiest person in the world. When she discovers the never-before-seen Land of Luck, Sam must unite with the magical creatures there to turn her luck around. Eva Noblezada provides the voice for Sam. When she ages out of foster care, Sam discovers the Land of Luck and embarks on a quest that could change her luck forever. And despite her bad luck and clumsiness and everything that goes wrong, Sam never lets anything get in her way.

Simon Pegg voices Bob, a mischievous black cat from the Land of Luck. He’s all about number one, he’s a self-preservationist, so it’s all about him which makes him sound very selfish. However underneath he’s just trying to survive and once Sam, invariably enters his world she starts to penetrate that facade he has. The Captain, voiced by Emmy, Grammy, Oscar and Tony winner Whoopi Goldberg, stands guard as the head of security. She sees Bob for what she thinks he is and that’s a black cat, she thinks they’re unlucky. Jane Fonda voices Babe the Dragon, the exuberant CEO of Good Luck and undisputed luckiest ancient being in all the land.

Throughout our world, we’ve become very superstitious and have long ascribed luck to little trinkets. In different cultures, we’ve had lucky pennies, four-leaf covers, horseshoes, dreamcatchers, Maneki Neko, ladybugs, etc. All of these are meant to bring luck and ward off bad luck so getting to see a whole world based on these two factors was incredible, especially in a stylistic world like the Land of Luck. A world that creates the moments in your life where everything goes right or wrong. This amazing colourful world is where all kinds of magical creatures work together to create Luck, the good and bad. Throughout Sam’s journey, she meets Leprechauns such as Gerry voiced by Colin O’Donoghue, bunnies in hazmat suits and a flamboyant unicorn names Jeff voiced by Flula Borg. They all work tirelessly every day to bring you those sweet fortunate moments.

But Luck isn’t complete without the bad luck which is made on the other side of this world. A team of goats, roots, and goblins work to make your day a little more frustrating. We’ve all had these moments of stepping in gum, losing your keys, and in my case spilling a hot cup of tea over a MacBook Pro. The world-building showcases a fine balance between good luck and bad luck, however, the tiniest amount of bad luck can shut down the Land of luck’s entire operation, which is totally thrown off by Sam’s arrival. Things are certainly about to get interesting.  Skydance Animation has truly created a world I’d love to visit. Production designer Fred Warter has given the Land of Luck its personality and colour pallet. The use of green for good luck and purple for bad luck is genius and those two colours truly complement each other as the use of colours in this film help amplify each sequence.

As the title suggests, Luck sees Sam trying her best to save this newly discovered world after she brings her unfortunate bad luck into this sacred space. Throughout the film, we discover why she’s in search of a lucky penny and ultimately Luck is an original story that’ll touch people’s hearts with its strong messages that give us hope. Luck isn’t so much about the trinkets and charms and what it means to be unlucky which I can say features some funny gags, it’s rather about love and finding your forever family.

Luck also taps into the reality of the foster care system and the emotionally tolling process that is adoption.

The film is truly an amazing story, one that works for Skydance Animation’s first feature but also Apple Tv’s first original feature film. Everything from character design to the environment is outstanding. The Land of Luck is so universal and relatable, Luck is totally random. You can’t control it, you can’t create it. The world mirrors our own but it has good luck at the top and bad luck at the bottom. They’re both opposite sides of the coin. The film was also made over Zoom and many of the actors did the voicework in their homes.

Are you ready to step into the Land of Luck? Thanks to Toikido for sending out the awesome merchandise for us to review!. My family absolutely adored the film and the toys. Our favourite character is Bob the cat voiced by Simon Pegg so we were excited to receive the deluxe interactive talking plush. Tia aged eight says “It’s so soft and cuddly”. Bob is delightfully curious and mischievous and is so self-obsessed that he comes with over twenty-five phrases. Press Bob’s left hind paw to hear Pegg’s vocals and phrases which include “Top of the morning to ya”, and “You flushed my penny down the toilet”.

Links to purchase these magical products are below!

You can also bring the world of Luck to life with the deluxe figures of Bob the black cat, Jeff the Unicorn, Lucky Pig, and Sam. It’s awesome to have my favourite characters as fun action figures as you’ll be able to play out scenes from the beautifully animated film.

Luck” will be available in select cinemas and available on Apple TV+ this Friday, August 5th.

Ahhhh, to be young… and charged with saving the world from impending doom! That’s the burden that 11-year-old Jonathan Kent and reluctant young sidekick Damian Wayne face. On his birthday, Jonathan Kent learns his dad is Superman and that he has latent superpowers of his own! He also meets the legendary Dark Knight and current Boy Wonder, Damian. But when the two boys are forced to team up to protect their loved ones from a hostile alien force, will they become the Super Sons they’re destined to be? 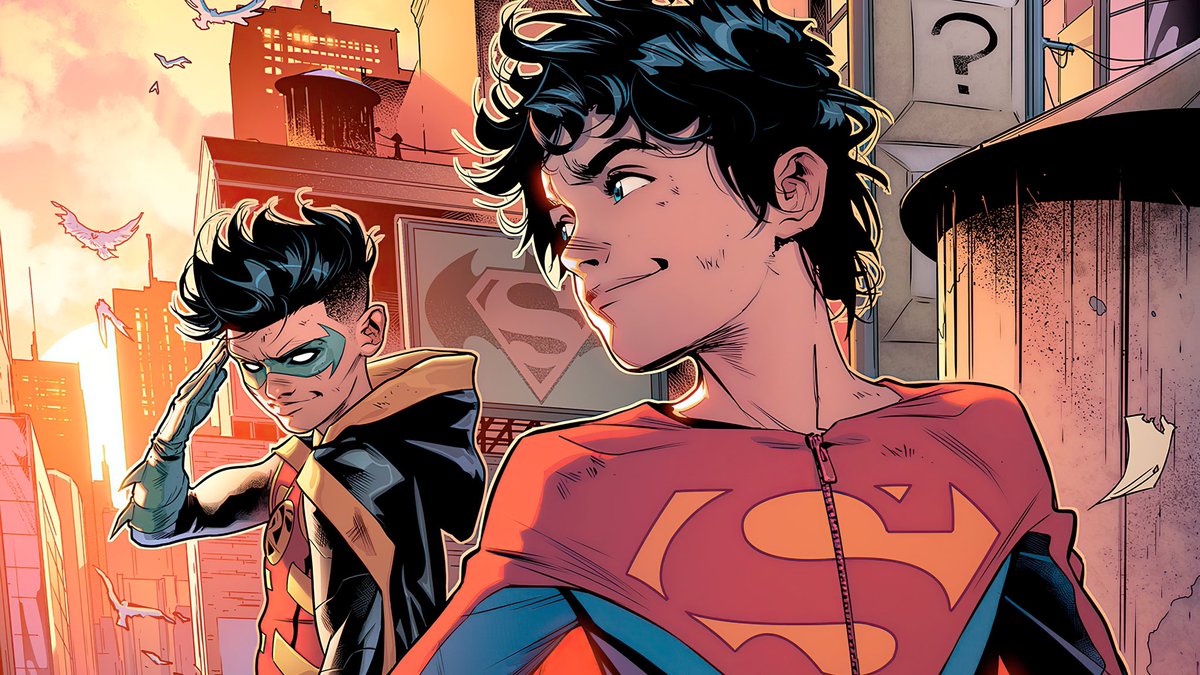 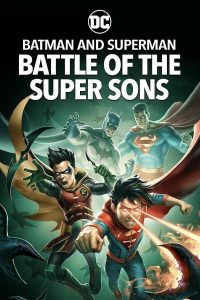 Ahhhh, to be young… and charged with saving the world from impending doom! That’s the burden that 11-year-old Jonathan Kent and reluctant young sidekick Damian Wayne face. On his birthday, Jonathan Kent learns his dad is Superman and that he has latent superpowers of his own! He also meets the legendary Dark Knight and current Boy Wonder, Damian. But when the two boys are forced to team up to protect their loved ones from a hostile alien force, will they become the Super Sons they’re destined to be? 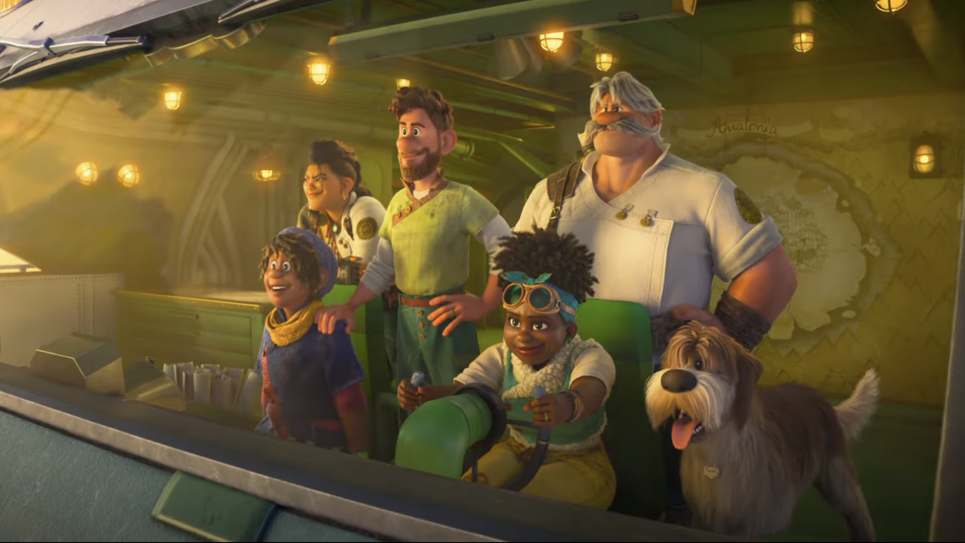 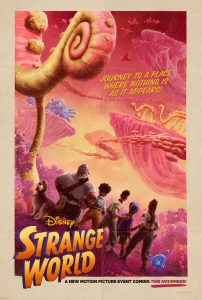 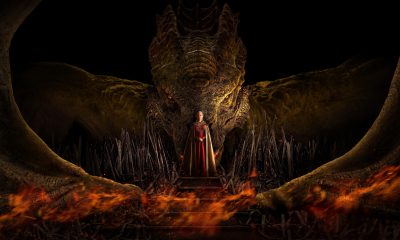 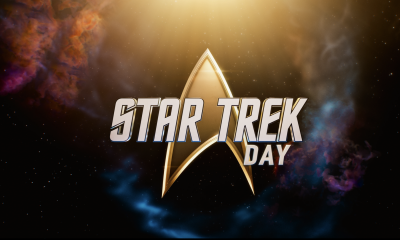 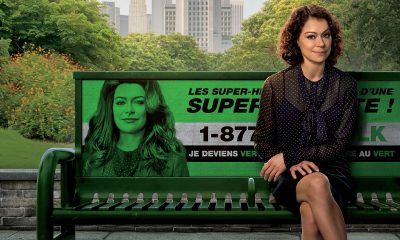