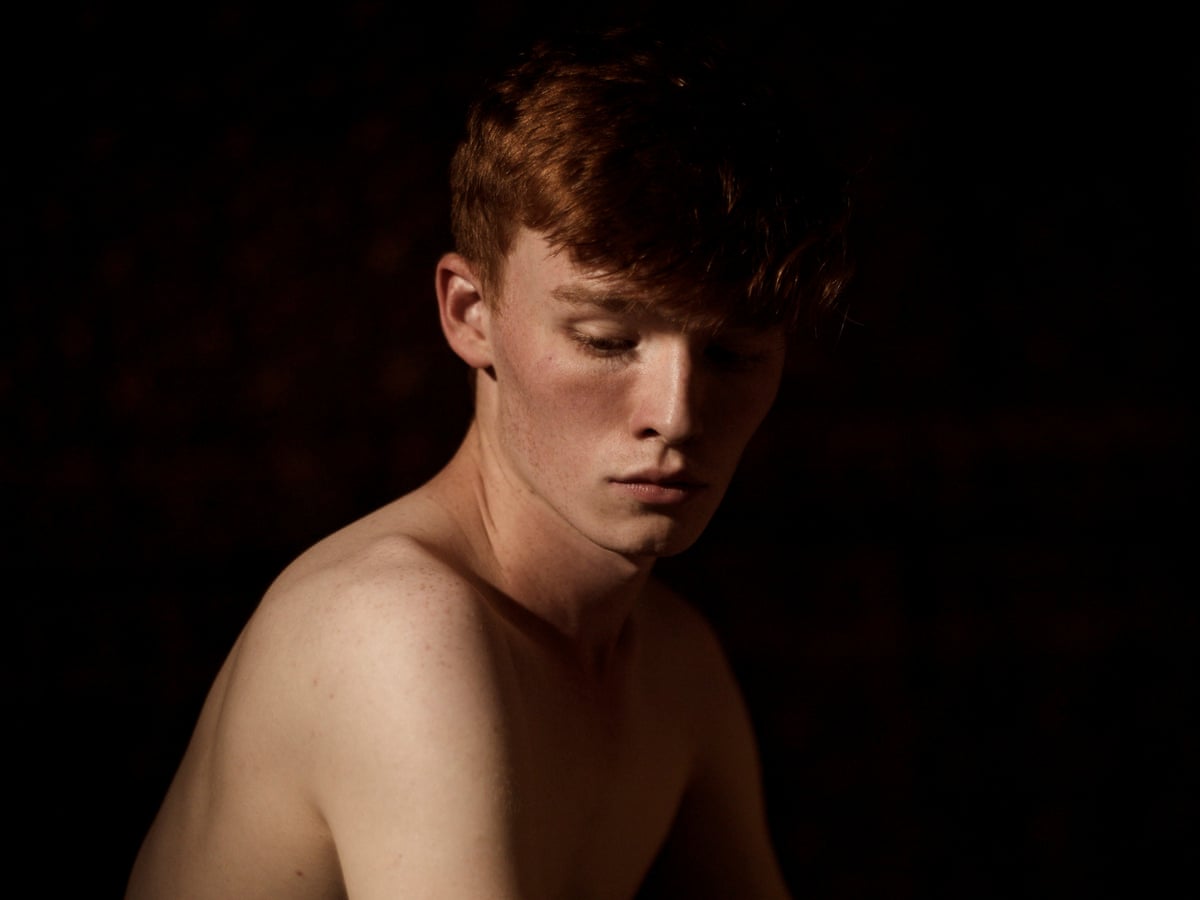 Sequin in a Blue Room marks the feature debut of Australian filmmaker Samuel Van Grinsven. Working from an original script penned by Grinsven and Jory Anast, the plot is about a sixteen year old twinky teen known only to the audience as Sequin (played by newcommer Conor Leach). Sequin is his choice of display name on a Grindr-esque hookup app called Anon. He also sports a sequin crop top in all his sexy pictures online, as well as when he goes to meet older men for sex.

When Sequin has an encounter with an alluring stranger (Samuel Barrie) at an anonymous sex party he becomes obsessed with finding this mysterious man. But his deep dive into the sordid corners of these hook-up apps to find this guy puts him in grave danger.

Sequin boasts a rather unique atmosphere which is quite seductive but there’s also an unshakable feeling of stakes. The plot only occurs over the space of a few days. Sequin hops from bed-to-bed, using a man once for sexual gratification before he blocks them on the app and then moves onto his next sexual conquest. Gay subculture has had a long history with disposable sexual encounters but introducing ghosting into the mix gives Sequin a very modern feel.

But as we see not all of Sequin’s sexual partners appreciate being used and subsequently ignored. Each of Sequin’s sexual encounters is initiated by a title card that reads “Apartment 10, 9, 8” etc. There is a countdown of sorts leading the audience to believe Sequin is heading to a confrontational showdown. It’s a clever subconscious way of building suspense.

Sequin is a very striking looking film. Cinematographers Jay Grant and Carina Burke have a great grasp of composition and lighting. It’s a very grimy looking which feels right at home in a story all about anonymous sex. The scene where Sequin navigates the labyrinth sheeted corridors of the sex party is a standout sequence. The sets are caked in blue neon and coupled with Brent Williams blasting pulsating score makes one feel like you’ve taken a psychedelic trip into a seedy underworld. Samuel Van Grinsven also uses silhouettes and shots from the back Sequin’s head to subtextually show he’s being stalked like the prey. A lot of thought went into how this film looked – every frame carries deeper meaning.

While there is a sense of ever-present danger, the subplot involving Sequin and a fellow gay school mate called Tommy (Simon Croker) counteracts some of the films darker moments with some awkward teenaged humour. This pairing provides levity to a rather sultry story but also helps to anchor the film in reality. Having rather charming adolescent flirty scenes interspersed between a lot of taboo sexual hookups could’ve left the film feeling uneven but Samuel Van Grinsven shows remarkable grasp of his tone.

The only place where subplot feels like a slight detriment is with the finale. The final scene is certainly feel-good cute but it negates a lot the moody tension that made the story so invigorating to watch.

The performances all around are impressive, particularly from it’s young lead Conor Leach who delivers a very measured performance as pretty young thing and emotionally unavailable Sequin. There’s also great work from supporting players like Jeremy Lindsey Taylor as his dad, Ed Wightman as B and Anthony Brandon Wong as the compassionate drag queen Virginia.

Where the film struggles is a lack of nuance in the dialogue – often it’s quite heavy-handed. The scenes in the boys English class practically spoon-feed the subtext to the viewer. Whether it be love, infatuation, obsession or transgression the themes of are essentially spelled out to us. It’s about as subtle as a wrecking ball.

Sequin in a Blue Room is available to rent on Amazon Prime or BFI Player.

The Many Saints of Newark | Official Trailer | HBO Max