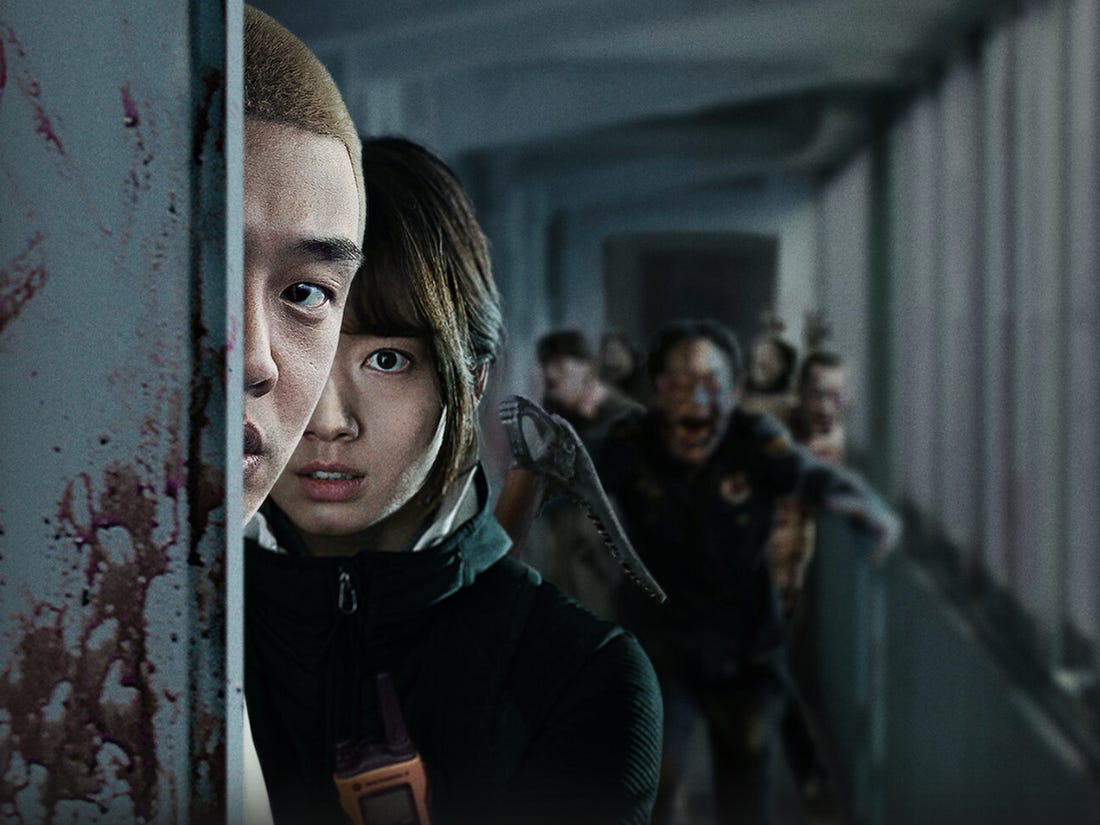 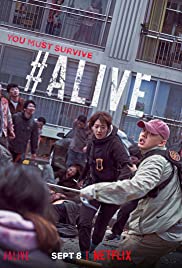 I had nothing but words of praise for the movie “The night eats the World” or “La Nuit a dévoré le monde”. A quirky film about a Parisian who suddenly wakes up in a Paris occupied by zombies. “#Alive” (original title “#Saraitda”) is the South Korean version. The only difference is that the zombies are portrayed more explicitly here. About the French version, I said that non-zombie movie aficionados could watch it without worrying about leaving skid marks in their underwear every time such a hollow-eyed creature appears around the corner. This rule does not apply to “#Alive”.

When Oh Joon-woo (Ah-In Yoo) wakes up early in the morning and crawls behind his PC to continue gaming, he doesn’t realize that the day will turn out very differently than usual. Soon, alarming news reports are broadcasted about a strange disease that is spreading rapidly, causing people to become enraged and attacking fellow citizens with bloodshot eyes. When Joon-woo looks out the window of the apartment, he witnesses this bizarre phenomenon. The young gamer is smart enough not to rush out of the apartment in a panic. Instead, he barricades the front door, makes an inventory of what’s left to eat, and tries to make contact with the outside world. It’s not really a surprise that this isn’t so easy to do.

Survival of the fittest.

The largest part of the film takes place in the apartment, just like in “La Nuit a dévoré le monde”. You witness how someone has to deal with a life-threatening situation and how they desperately look for a way to escape this situation. Of course, he’s faced with the inevitable. After a while, he is confronted with a lack of food and liquor. The fact that there’s a fully loaded drinks cabinet with liters of spirits can provide short entertainment. But really quenching thirst with it isn’t really recommended. Missing his family and the corresponding loneliness are also starting to weigh heavily. Contact with the outside world is not possible. And keeping a video diary only helps partially.

Seems he’s not the only survivor.

Time to introduce the next protagonist. Namely the young girl Kim Yoo-bin (Shin-Hye Park) who lives in an apartment right across that from Oh Joon-woo. What follows is a primitive interaction between the two individuals using technical aids such as tablets and a drone. Both have the same goal in mind and that’s surviving. Not that people who have a similar situation in other zombie films don’t have this goal. But instead of going out and trying to find their way through a zombie-plagued society, the two sit quietly in their hideaway and wait for the right time.

Just give it a try.

“#Alive” is not very original and basically shows nothing new. The zombies themselves do look extremely creepy. There are times when things are getting tense. There are also some funny situations to be seen. Towards the end, they added a separate storyline. Some will find this disruptive. On the other hand, I thought it was a successful addition. It brought a bit of variation to the overall story. Maybe the denouement was a bit over-the-top. But overall I could agree with the general tone of this movie. Ultimately, we are now in a similar situation with the COVID pandemic. Of course, there aren’t any zombies. But many people haven’t left their homes for quite some time in the last six months to prevent worse. So, “#Alive” is more than a regular zombie movie if you look at it that way. Are you a fan of zombie flicks such as “La Nuit a dévoré le Monde”? Or to a greater extent also “Zoo”? Well, you should give this South Korean variant a try on Netflix. It’s well worth it.

“#Alive” is now available on Netflix

FILM RATING
Related Topics:#AliveHorrorNetflixREVIEWS
Up Next

The Boat | How Exciting Can A Movie Be In Which A Boat Sails Its Own Course?