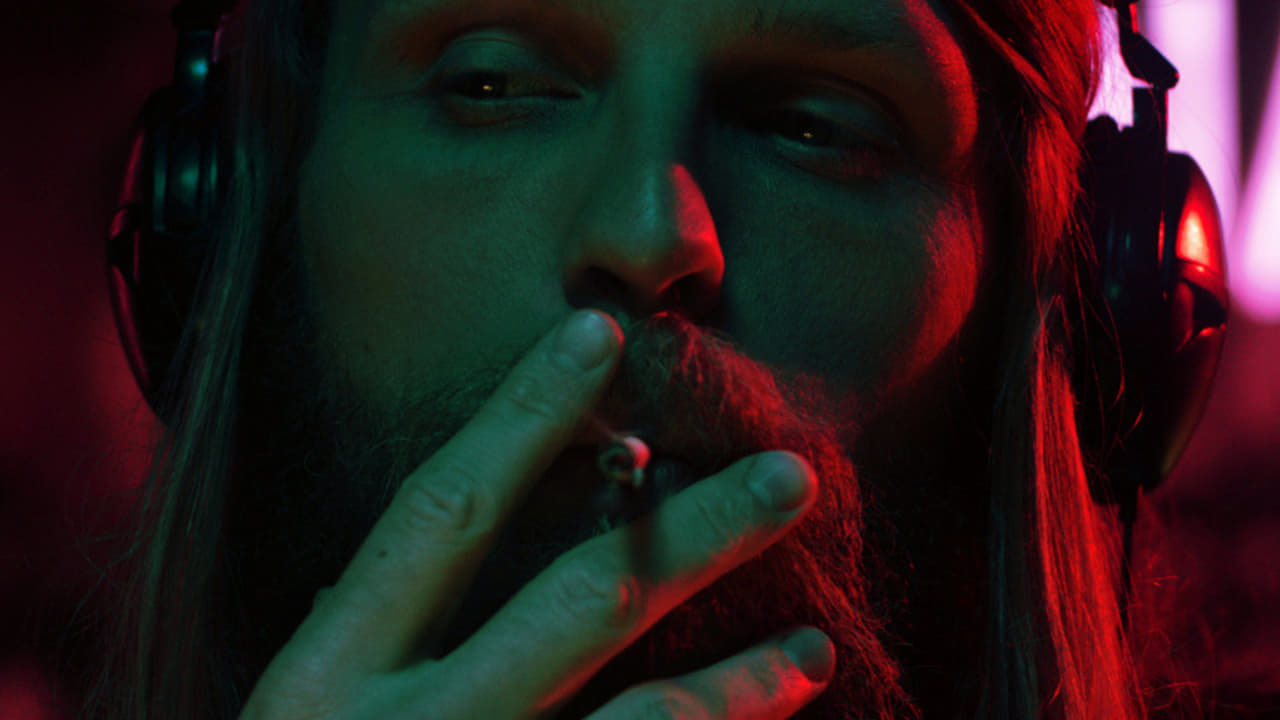 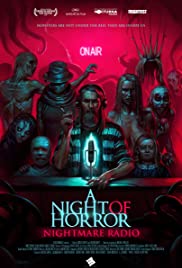 Are you a fan of horror anthology films (such as “Tales from the crypt“, “Creepshow“, “Tales of Halloween”, “XX” or “Tale of Tales”)? Well, you might as well like this movie. Provided you are not an avid lover of short films and continuously seek for horror short films on YouTube or other channels. Because then it may well be that you’ve already seen a few of the films that are used in “A Night of Horror: Nightmare Radio“. This anthology isn’t a collection of newly made short films. It’s a collection of pre-existing short films. And these are all connected through a central storyline with DJ Rod Wilson (James Wright) who broadcasts a night program on some local radio station. A program in which he (and also a few nightly callers) tries to delight listeners with some chilling and creepy ghostly stories. It’s not Halloween yet, but it would be a suitable movie for that period of the year.

“Post Mortem Mary” is an eye-opener (no pun intended).

Frankly, I thought the beginning of the film looked very promising and exciting. The first short (“In the Dark Dark Woods”, a sort of alternative version of “The Invisible Man”) and the introduction of the bearded, radio guy gave me a taste for more. And when the second short story (highlight of the whole movie and my absolute favorite) was over, I was already getting ready for even more of that. “Post Mortem Mary” isn’t only fantastic in terms of content. The handling of the camera, the way in which the story was portrayed and the ever-rising suspense in this excruciatingly exciting short story, produced a very successful end result. It’s the story of a mother and her young daughter Mary earning their living in Australia in 1840 as post-mortem photographers. The idea is to photograph the corpse as vividly as possible. Something Mary has yet to learn. It’s a fantastic short film that was well received at some festivals in 2017 and won some prizes worldwide.

Unfortunately, none of the subsequent stories reached the same level as the previous short films. Not that they were awfully bad or of a sadly low level. But “Post Mortem Mary” is head and shoulders above the rest. “A little off the Top” is a bit of a sinister story that focuses on the insanity (Or craftiness. It’s just how you look at it) of a hairdresser. “Drops” demonstrates how a traumatic experience torments a Spanish young dancer. I thought “The Disappearance of Willie Bingham” was kind of successful. A somewhat different story about how a death penalty is converted into a more alternative punishment. In my view a fairly funny story. “The smiling man” undoubtedly deserves a place behind Mary’s story. Concise and terrifying at the same time. Without too much fuss. The final short films “Into the Mud” and “Vicius” were, in my opinion, the weakest ones.

Diversity and Quality. What more do you want?

The fact is that by making a selection of existing short films in “A Night of Horror: Nightmare Radio“, the quality level is very high. None of the stories gives you the feeling as if they were quickly produced, such that the intended playing time of the feature-length film could be reached. Another advantage is that the movie scores well in terms of diversity. There’s something for everyone. Only “Into the Mud” (a kind of mythologically oriented fantasy story) feels a little bit like the odd one out here. The only downside was the overarching story of the DJ himself. First of all, I didn’t think it was convincing enough. It even felt a bit boring. And the denouement was a bit of an anti-climax. Yet to my surprise, I enjoyed this movie more than I expected. So if you feel like hearing some scary, paranormal stories with a lurid touch, then you’ll be fine with this film.

El Hoyo: A Bizarre Story That Leaves You With An Oppressive Feeling

Trauma Center: Not Without Reason It’s An “On Demand”