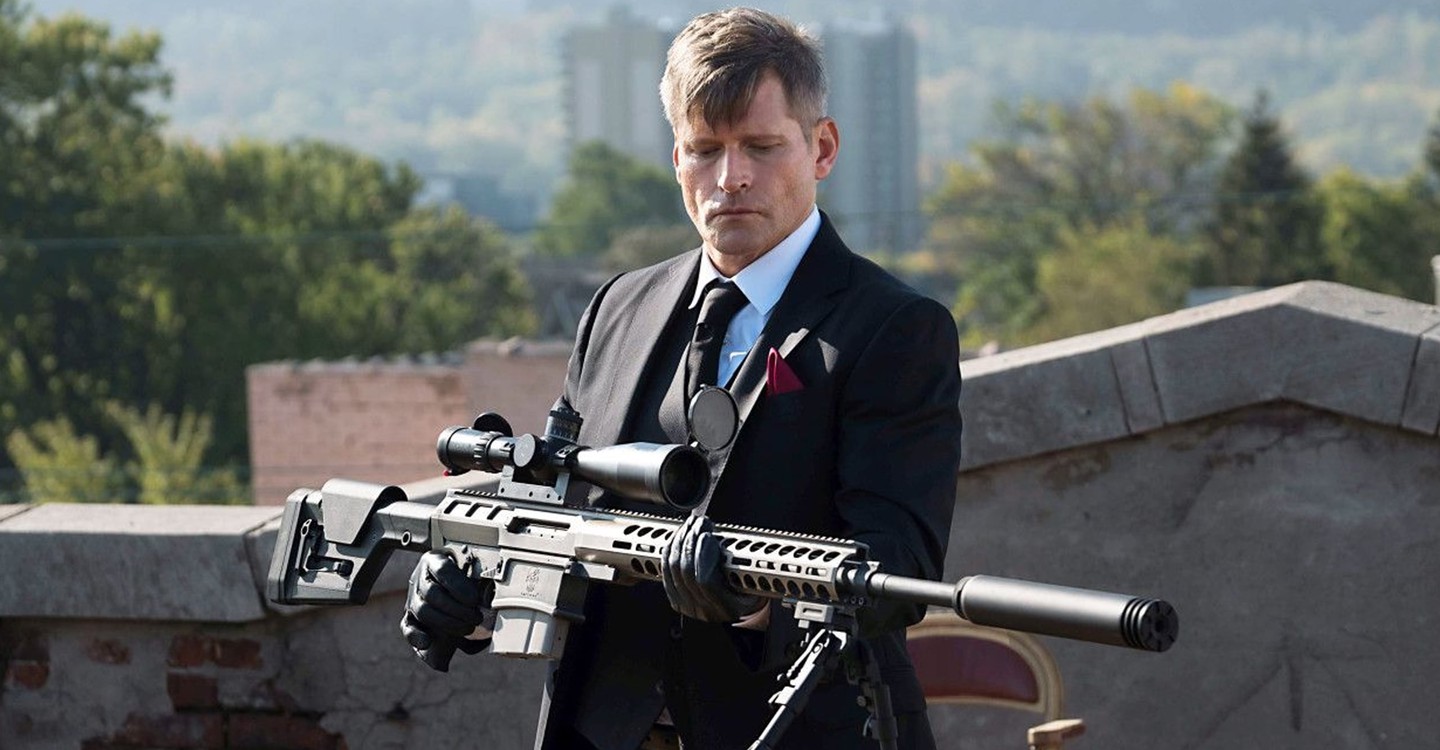 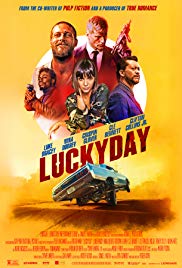 Purpose for coming to the United States, Mr. Chaltiel?
Uh… Business… Pleasure…
Well, which one is it?
A little bit of both. I take pleasure in my business.

These days it’s kind of hype to create reboots or remakes of films from a bygone era. Even though I hate this kind of filmmaking and I see it as easy money, I got enthusiastic about “Lucky Day“. It’s not a reboot or a remake in the strict sense of the word. But the similarities with “Pulp Fiction” are so obvious, I automatically call it the ultimate reboot for this legendary 90s movie. And if there’s one person who could do the job without any problems, it would be Roger Avary, co-writer of “Pulp Fiction“. The only thing you could ask yourself is: “Who was waiting for this?”.

Let’s get the stash.

The whole movie is about Red (Luke Bracey), a safecracker, who leaves prison after 2 years and returns to his French-speaking wife Chloe (Nina Dobrev) and cuddly daughter Beatrice (Ella Ryan Quinn). He’s determined not to return to his criminal life. He just has a little rainy-day stash hidden away somewhere. The news of his release, however, also reached someone else. None other than Luc Chaltiel (Crispin Glover) personally flew over from France to take revenge on Red. Luc’s brother got killed during a robbery that went completely awry. And Red was part of the gang.

“Pulp Fiction” is written all over it.

This movie has “Pulp Fiction” written all over it. It’s a cocktail of various facets that were so characteristic of this milestone in Tarantino’s oeuvre. Chloe’s hair itself looks like a copy of that from Uma Thurman’s. And there is also the overall atmosphere with a matching soundtrack and a mixture of absurd, cartoonish supporting characters. But it’s mainly about extreme violence and bloody scenes. So expect some like-watermelons-exploding heads and slashed throats. And all this is bathed in black, sometimes vulgar, humor. Crispin Glover as a car thief, who drives his car twice over the victim. His explosive confrontation with a police patrol. The absurd gunfight in the bar. The psychopathic way in which he causes a bloodbath during an art exhibition. Perhaps it’s not so impressive these days since we are overwhelmed with films full of extreme hard violence. But it still was enjoyable.

Crispin Glover’s acting is spot on.

Without a doubt, Crispin Glover’s character is the most eye-catching part of this film. You always wanted to know how the weird and silly George McFly (Yep, father of Marty McFly in “Back to the Future“) would look like as a ruthless, brutal, psychopathic assassin with a heavy French accent? Well, this is your chance. Crispin Glover brilliantly parodies this. Maybe slightly exaggerated, but still extremely great. And extremely violent. For many, the French accent will be annoying. Yes, it might be even slightly offensive towards our French fellow men. To me, it felt like a theatrical parody. I read somewhere that you could compare him with Pepé Le Pew. But in the end, this extremely exaggerated accent suited his exorbitant attitude as the well-dressed, capricious murderer who’s looking for revenge.

“Lucky Day” has more of those absurd characters in store. For instance, Tomer Sisley as the eccentric bartender with a Hitler mustache. An over the top absurd role. Or the foul-mouthed probation officer Ernesto Sanchez (Clifton Collins Jr.). Compared to these characters, Red and Chloe can be called normal. Even though Chloe is rather eccentric when looking at her artworks. Art inspired by prison walls.

For me “Lucky Day” certainly wasn’t a boring movie. It was the perfect material to fill up free leisure time. The comparison with “Pulp Fiction” is made quickly. But admittedly it can’t match this brilliant film. For that, it lacks panache and originality. The brilliant renditions of Travolta, Jackson, and Thurman are of course matchless. And on a narrative level, “Lucky Day” must of course also recognize its superior. The harsh and relentless style full of violence, loop. But we were able to experience that already 25 years ago. It seems as if time stood still for Avary. Just like I still love music from the 80s. But hey, there’s nothing wrong with that. Not?

The Curse of La Llorona: An Interesting Film For Newbies To Start With The Horror Genre