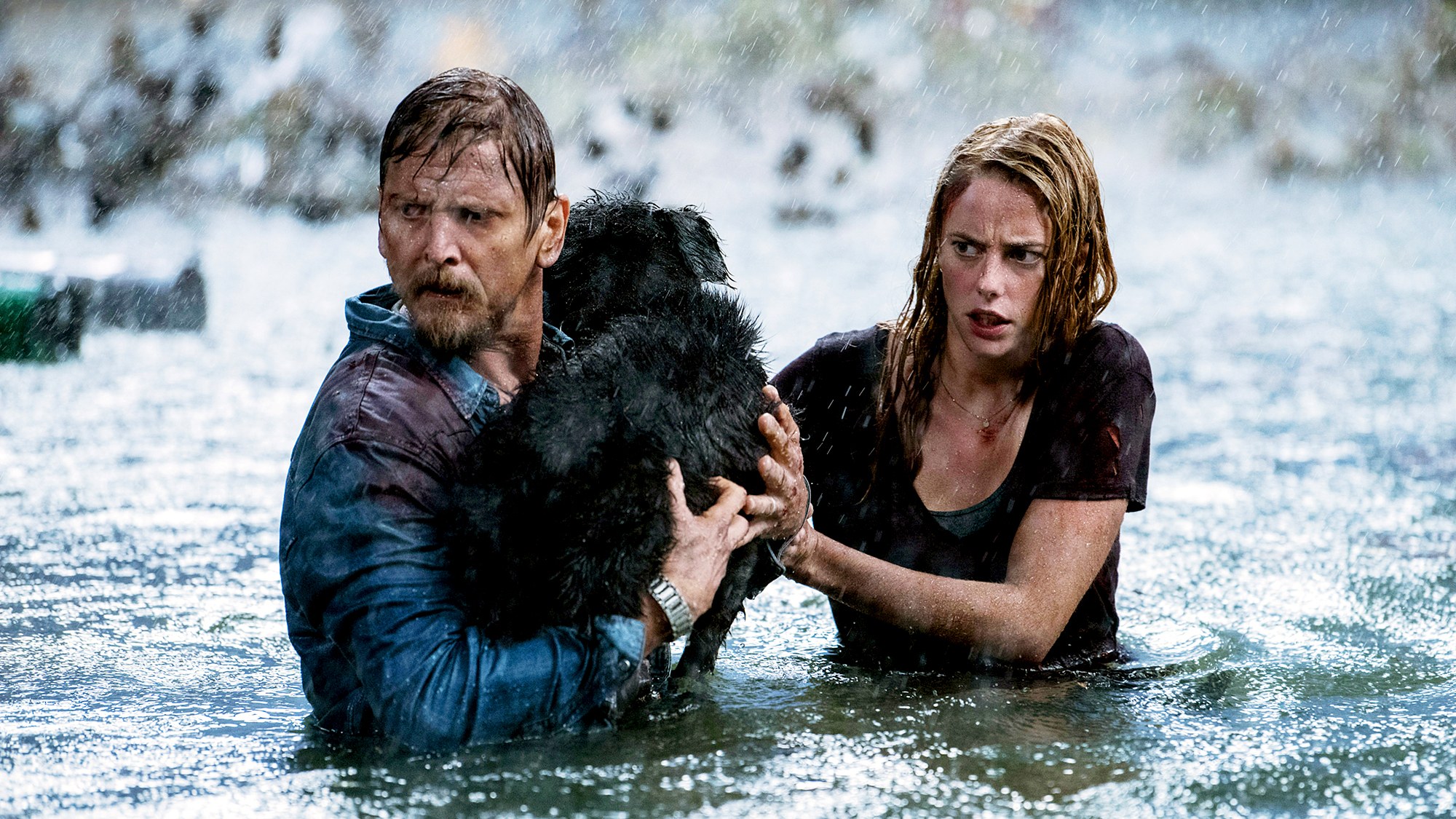 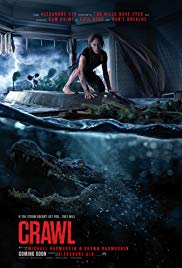 Did you think the last “Lake Placid” episode from the eponymous franchise was downright worthless, stupid and nonsensical (like I did)? Well, let me put your mind at ease. Despite some laughable facts, this reptile-horror “Crawl” isn’t bad at all. You can even call it exciting at times. And compared to “Lake Placide“, the bite-sized animals are frequently in the picture and the CGI ensures that they look frighteningly realistic. You just have to use the same ritual as with “Hobbs & Shaw“. Namely, give your brain for safekeeping when entering the movie theater. It’s not of the same absurd level as “Sharknado“, but if you don’t do that, you will be annoyed about multiple idiocies.

How stupid can you be?

There are of course many “How stupid can you be?“-moments. For example. You can’t blame the day-trippers in “Jaws“. They were just enjoying the summer sun on the beach and the refreshing water. Did they know that this giant white shark was planning to consume a few splashing bathers? It’s a pity they ended up as lunch. But, you can’t say the same about Haley (Kaya Scodelario), who, after a disappointing swimming performance, comes up with the grandiose idea to see if everything is okay with her father Dave (Barry Pepper). Nothing earth-shattering, were it not for her to enter a restricted area controlled by the authorities because of a destructive hurricane of category 5. Even a roadblock by the local police didn’t stop her.

It doesn’t take long before the suspense begins.

The advantage of “Crawl” is the short playing time (87 minutes). Nowadays it’s perfectly normal for decent films to exceed the 2-hour limit. It seems that quality nowadays depends on the total duration of a film. Fortunately, there are exceptions to that rule. Not that “Crawl” is of high quality, but an advantage is they don’t spend too much time to bring the necessary suspense. After around 20 minutes, Haley and her father are already in a difficult situation in the basement of the parental home. Dave is badly injured. And three giant alligators are impatiently waiting for their feeding-time. Time for the second “How stupid can you be?” moment. What would you do if you had to leave your safe hiding place to recover a lost item? In any case, after getting hold of the trinket, I would return to that safe place again. Logical reasoning is certainly not Haley’s strongest characteristic. She does the opposite, with all its consequences.

Not a complicated film.

“Let’s not make it too complicated!“. That’s what the creators of “Crawl” thought apparently. Everything takes place at one claustrophobic location. And the entire film is carried by just two main characters. Occasionally, a few additional characters appear. But their function is limited to playing live fish food. In other words, they usually do not remain intact for long. And for the lessons “Logical reasoning”, these good-for-nothings didn’t get high grades either. And the way in which they involved the alligators in the story is also simple. A hurricane that causes rising water and you are stuck with a whole swarm of those bloodthirsty monsters in your backyard. Only the discovery that Haley made in the basement wasn’t 100% correct in my opinion. Coincidentally there was a pregnant alligator who used the flood to shamelessly dump her eggs in Dave’s basement at lightning speed. Well, in this way there was also an explanation for the aggressive attitude of the nest of primitive reptiles.

There were a few things in the movie that really annoyed me. First, there was the contrived and corny father-daughter relationship. They are both sitting there with torn limbs and shattered bones, and still, they need to philosophize about what went wrong in the past. I also thought it was a bit unbelievable how they endured the brutal attacks (with the necessary injuries) and apparently afterward had absolutely no problems with this. Even after a heart massage and mouth-to-mouth breathing, one jumps back into action in a short time. And I will never bet my money on a swimming competition between an alligator and a trained swimmer. I’m sure that the streamlined body of the reptile will ensure that it wins effortlessly. Even without a swim cap and aerodynamic Speedo swimming trunks. But still, “Crawl” is a nerve-racking horror in which the perfectly computer-generated alligators scare you. Most original in the film I found the bathroom scene. Believe me, after this film, hearing the song “See you later Alligator” by Bill Haley will scare the hell out of you.

FILM RATING
Related Topics:ActionCrawlHorrorREVIEWS
Up Next

In the Shadow of the Moon: You Get That Feeling That You’ve Seen It All Before