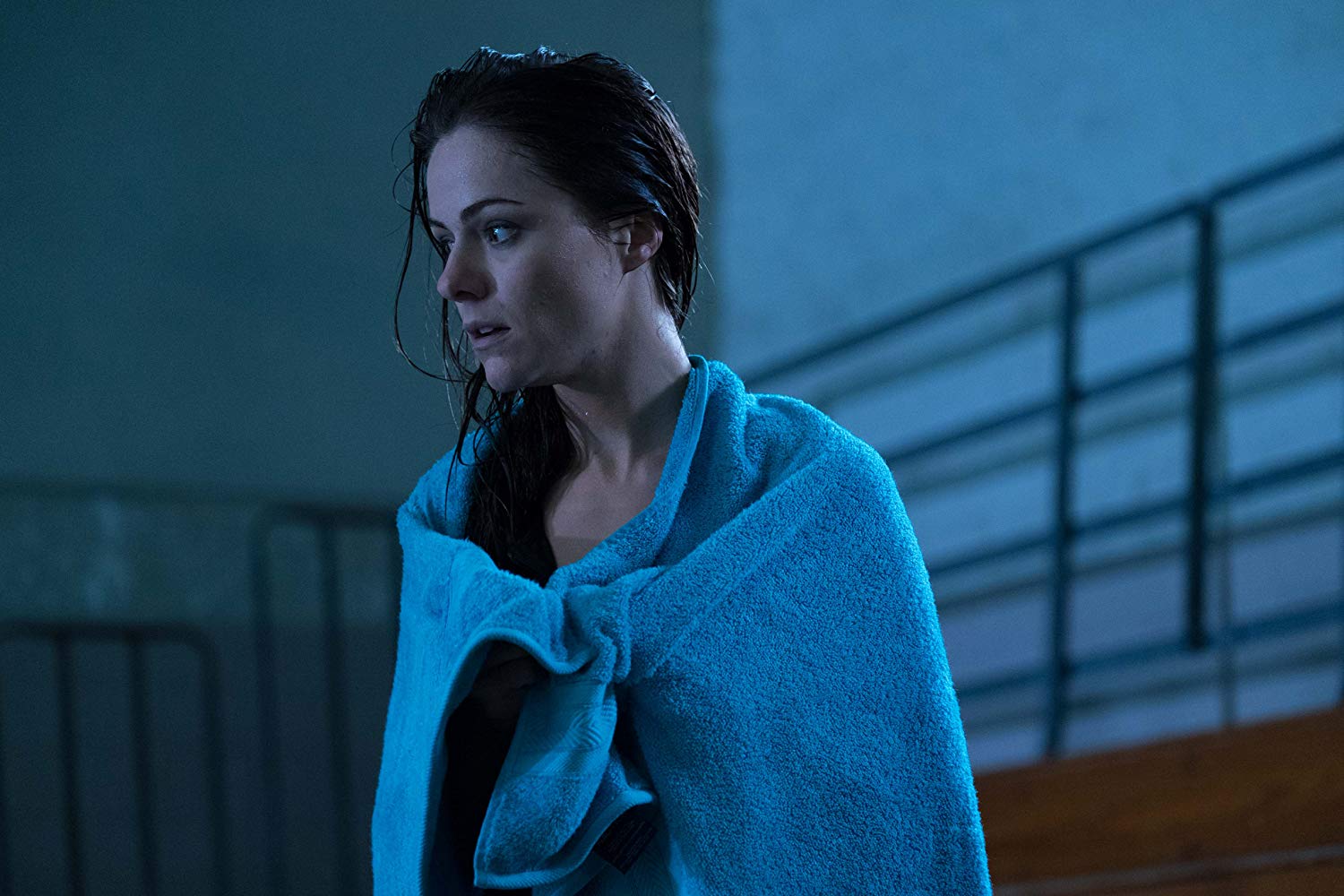 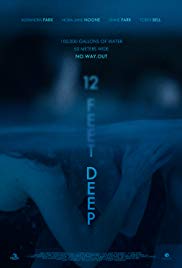 Are you dense? Everyone’s left.
The pool’s closed for the holiday weekend.
We’re stuck in here. We’re gonna die in here.

I hope this isn’t going to be a new trend, otherwise more movies of this type will appear in the future. Like, “For a Few Degrees More.” with a blonde vamp trapped in a sauna complex with a malfunctioning thermostat and the possibility that her silicone implants might implode. Or “Once upon a time … a Hand in a Hole.” with a male couple at a mini-golf course where one of them gets stuck with his hand in a hole, while trying to recover his golf ball, right before closing. Let’s hope that’s not going to happen. “12 Feet deep” is about two sisters who, how on earth is it possible, get stuck under the fiberglass cover of a public swimming pool. And the culprit is a ring that got stuck in a metal grate. Who comes up with this? And I’m still wondering how they could see that little piece of jewelry from so far !!! ??

Women and water. Apparently not a good combination. Just look at the films “The Shallows” and “47 Meters down“. In the first movie, Nancy ends up on a piece of rock together with a seagull while surfing. And of course, an immense shark is looking at her exposed skin with googly eyes. In “47 Meters down” the sisters Kate and Lisa are trapped in a shark cage while a lot of sharks already see them as a juicy lunch. In “12 Feet Deep” there are no sharks this time, but once again two sisters, Bree (Nora-Jane Noone) and Jonna (Alexandra Park). And now it doesn’t take place in an exotic ocean but in a standard public swimming pool. And that ‘s also the only location that you are going to see the entire film. Plus a lot of water.

I myself am not exactly a fan of swimming pools. I, therefore, assumed that the makers of this film came up with something surprising so it would keep my attention. To be honest, I was already thinking it was going to be boring. On the one hand, it is. Certainly when you see one of the sisters floating around the pool for the umpteenth time looking for a way out. On the other hand, aspects were added that made it interesting anyway. First of all, there is a dispute between the two sisters because of a dark incident in their past that left scars. Both literally and figuratively. And then there’s a cleaning lady whose intentions aren’t exactly to help the two unlucky souls. These two factors ensure that the film, although minimal, became more intense.

Does Jigsaw have anything to do with it?

Tobin Bell appearing in this film was a funny item. Here he was assigned the task of managing the swimming pool. A less sinister role as Jigsaw in the “Saw” franchise of course. But for a moment it seemed like he had this demonic expression on his face as he looked over the surface of the water. I wondered if the phrase “Hello, I want to play a game” crossed his mind before he hurried home. However, his contribution is limited. So there’s not only the limitation of the number of locations but also that of the number of protagonists who carry the entire film.

Still, the makers managed to capture the whole in a brilliant way and to create a claustrophobic feeling. A camera that floats constantly between the water surface and the fiberglass cover. A limited breathing space where you see the two sisters staring helplessly at each other, realizing they have ended up in a very awkward, life-threatening situation. When it turns out that one of the two sisters is also a diabetic who urgently needs an injection of insulin, it becomes a fight for life and death. “12 Feet Deep” was given the label horror and thriller. But I don’t think it’s a horror per se. Or you’re terrified of water or confined spaces. And the movie didn’t really fascinate me either. Maybe swimming instructors or professional divers find this fascinating. If they had come up with an ending like in “Let the right one in“, it might have been an adrenaline-raising movie. I’m sure that for those who have actually experienced this (because apparently the film is based on true facts), it was intense and horrifying.

The Professor and the Madman: A Masterful And Fascinating Story