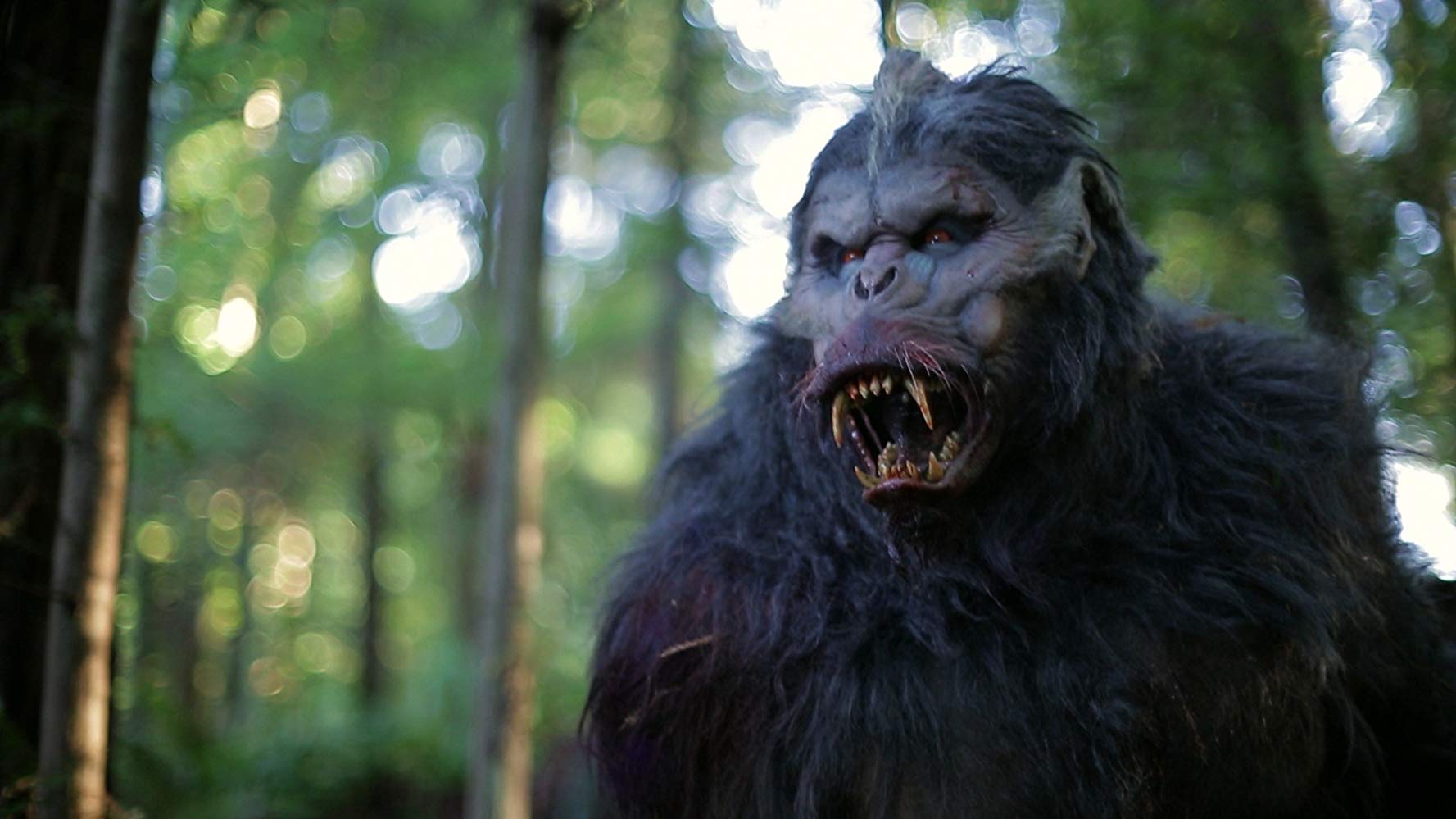 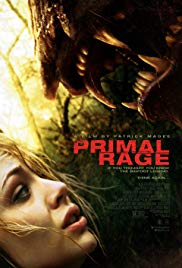 So you’re telling me right here,
right now to my face,
that you actually believe there’s an Oh-Mah out there?

Admittedly, “Primal Rage” certainly won’t win the prize for the most original film. And there are some pain points to be found in this B-film. But to my surprise, I liked this movie anyway. The well-known theme about an unknown creature hiding in the woods and racking up random victims. Take “Animal” and add some “Predator” elements to it and you can already imagine what you get presented. It’s hardly surprising that you’ll think of these films because Patrick Magee, director of this low-budget horror film, was also involved in the SEs of “Alien vs. Predator”. He wisely applied the experience he gained there.

They have incorporated the legend of the Bigfoot in this film. A Bigfoot with a fashion statement. The mysterious creature uses tree bark as a disguise and protection. You don’t have to wait long to see the creature in action. After Ashley (Casey Gagliardi) has picked up her other half Max (Andrew Joseph Montgomery) at the prison gate and takes a short pause on the way home to let mother nature take her course (a year of celibate life has its consequences), they accidentally hit someone crossing the road. Well, calling the authorities is problematic since Max just left prison. The crumpled body also looks badly pulped. You could say that a steamroller ran over him instead of a typical SUV. And then someone also starts throwing huge boulders at them. While the unfortunate Max falls down into the river and Ashley jumps after him as brave savior, they don’t realize that the bad guy who’s responsible for this, is our friend the-giant-forest-monkey-who-could-be-used-as-a-wall-to-wall-carpet.

The practical effects are top notch.

But all kidding aside, despite the not so huge budget, this film is surprisingly exciting and even successful in some areas. The fact that there was no astronomical budget means that no CGI was involved, I suppose. The “Practical effects” on the other hand are omnipresent and look damn good. Perhaps the furry beast, that throws itself on innocent hikers, sometimes looks ridiculous. Yet there are also certain effects that are unparalleled. So expect quite a few gore fragments with a lot of blood splashing around. The end result is usually images of crushed and crumpled victims. So, that worked out well.

What’s wrong with it? What’s with this film that it’s not directly going to be included in the collection of “The better horror films”? The biggest downside is the involvement of some Indian myth. That this is used to provide an explanation about the origin of the forest demon, is understandable. The sad thing is they also included an Indian medicine woman. Obviously, she was necessary for the story to continue. But the execution was somewhat exaggerated. It was as if they wanted to offer a diptych in the field of horror because the “Whispering Woman” really looked frightening. You would think it’s the witch who appeared in the fairy tale of “Hansel and Gretel“. The part about the ritual performed by native Americans was also quite lengthy and in my eyes superfluous. Well, and also the acting was disappointing at times. Especially the interactions between the sheriff and his assistant felt amateurish and artificial.

One of the better monster flicks.

Nevertheless, “Primal Rage” is an entertaining monster movie where fans of bloody and gore scenes can indulge themselves in. Not only the primitive creature provides the necessary tension. The group of Rednecks who Max and Ashley meet in the forest and who they visibly reluctantly ask for help was for me the most exciting part of this film. The way BD, by the way an exquisite rendition of Marshal Hilton, subtly intimidates and bullies the two unfortunates, is simply stunning. It goes without saying that this group of good-for-nothings doesn’t have good intentions. They are just as great a threat as the furry monster. Despite the minor flaws, “Primal Rage” is one of the better monster flicks (mainly in the Bigfoot segment) and is definitely recommended for fans of this horror genre.

FILM RATING
Related Topics:ActionHorrorREVIEWS
Up Next