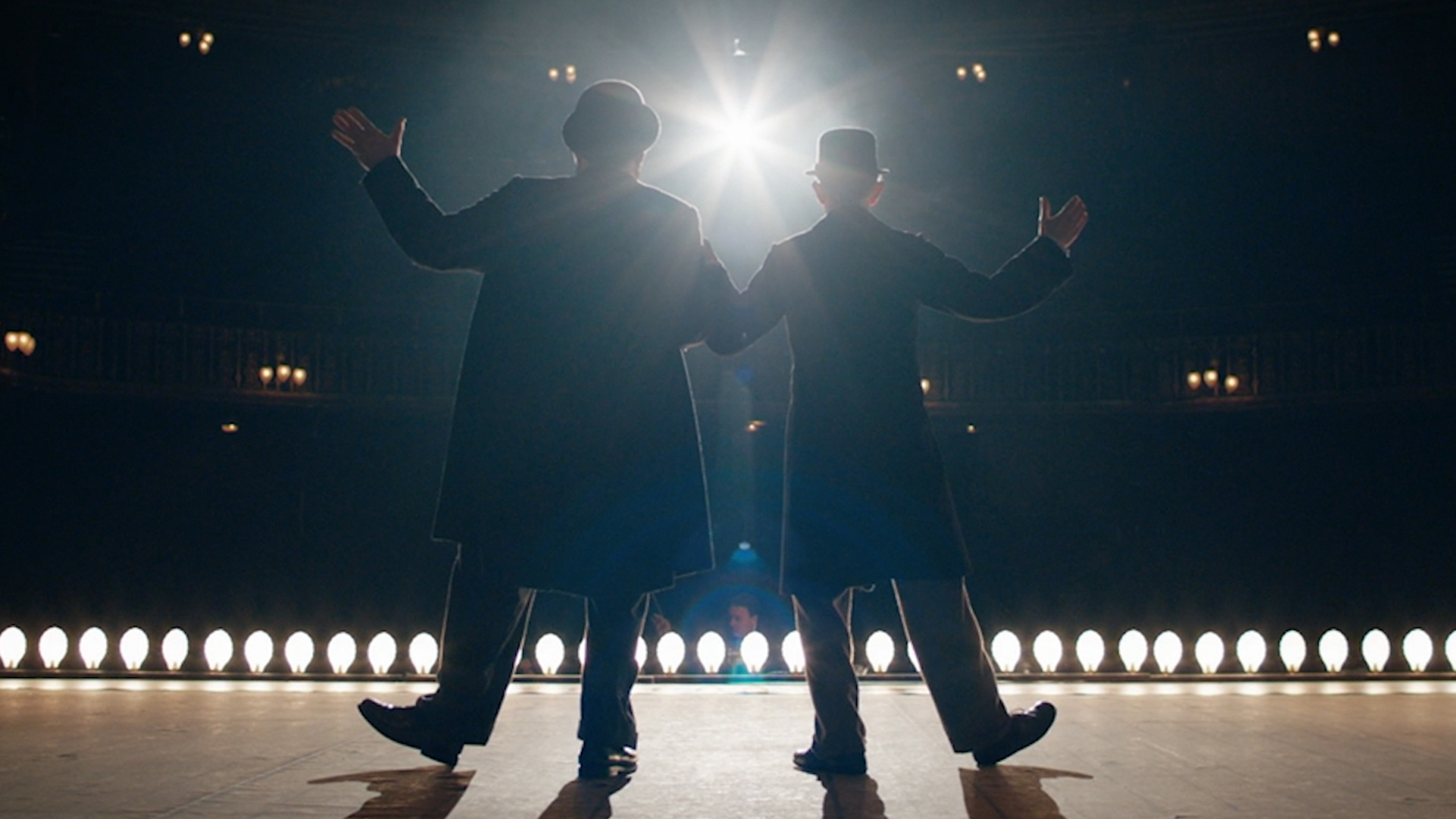 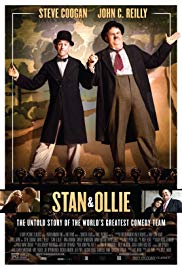 I thought you’d retired.
No, we’re-we’re...
we’re getting older, but we’re not done yet.

Simply nostalgia. “Stan & Ollie” is a trip to a bygone era when I was a little boy. When I returned from school on Friday afternoon, I threw my schoolbag somewhere in a corner and turned on the television. Then I changed the channel (in those days it meant getting up and pressing a button) to ARD (or ZDF? I can’t remember) to watch “Schweinchen Dick”. And after that, there were always black and white films with Buster Keaton, Harold Lloyd, and Laurel & Hardy. I can safely say that this was the highlight of the week. Something I was looking forward to, after a whole week at school. And with this movie about the legendary “Stan & Ollie” I was once again that little kid who sat on the sofa, dangling his legs and staring enthusiastically at the TV.

The resemblance is stunning.

I’ll immediately start with the most eye-catching aspect of this film. The two actors Steve Coogan (Stan Laurel) and John C. Reilly (Oliver Hardy) look a lot like this famous duo. It was as if these two clowns were back alive and kicking. And although a lot has changed in terms of humor, it’s still immensely funny to see the blundering of Stan and Ollie once again. And according to the film, in real life, Laurel and Hardy were also such a disaster causing hilarious moments in every situation. Just watch how Stan is struggling with his luggage as he tries to reach the reception desk in a small hotel in England. Even though a younger audience will say this is just old-fashioned and bland humor, I still couldn’t resist laughing about it a bit. Well, it must have something to do with age.

A last tour through the UK.

The basis of the film is a tour through England and Ireland. The glorious film period of Stan and Ollie is on the verge of dying. No one is interested anymore in their silly and crazy pranks. And to get a movie production house interested in producing one more movie (because the two already reached a blessed age) with them, a tour through the UK is set up. The start of this tour looked like the demise of this comic duo. They have to spend the night in second-class hotels. And not many people show up. A clear example of past glory. In short, alleged success eluded, even though their performances were an example of routinely put together sketches.

It is only when the wives of Stan and Ollie, Lucille Hardy (Shirley Henderson) and the Russian Ida Kitaeva Laurel (Nina Arianda), cross the ocean to join them in the U.K., that the tensions rise. Old wounds about a missed opportunity are reopened. And it’s abundantly clear the two women can’t get along very well. The two comedians are inseparable. They sometimes look like an old, married couple who tolerate each other’s faults and shortcomings. The funny thing is that in real life the roles were divided differently. In the movies, Stan was the klutz and a dumb guy who didn’t know what was going on half of the time. In reality, Stan was in charge and he was the one who wasn’t afraid to speak up when it came to contracts and gages. He was also the one who came up with new sketches and wrote it down in detail. And he continued to do so even after Ollie died.

Their famous last dance was touching.

Stan and Ollie were masters in the processing of subtleties. The details made it funny. And many (such as Tommy Cooper, Benny Hill, and Mr. Bean) used it in their work. “Stan & Ollie” was an extremely funny movie in many ways. But it was also extremely sad at the same time. There’s a fine line between a smile and a tear in this movie. The last performance of these icons of the silent movie in the end (although it was medically irresponsible for Ollie), was the perfect ending. A farewell dance of a famous and brilliant duo. Unparalleled in the history of comic film.