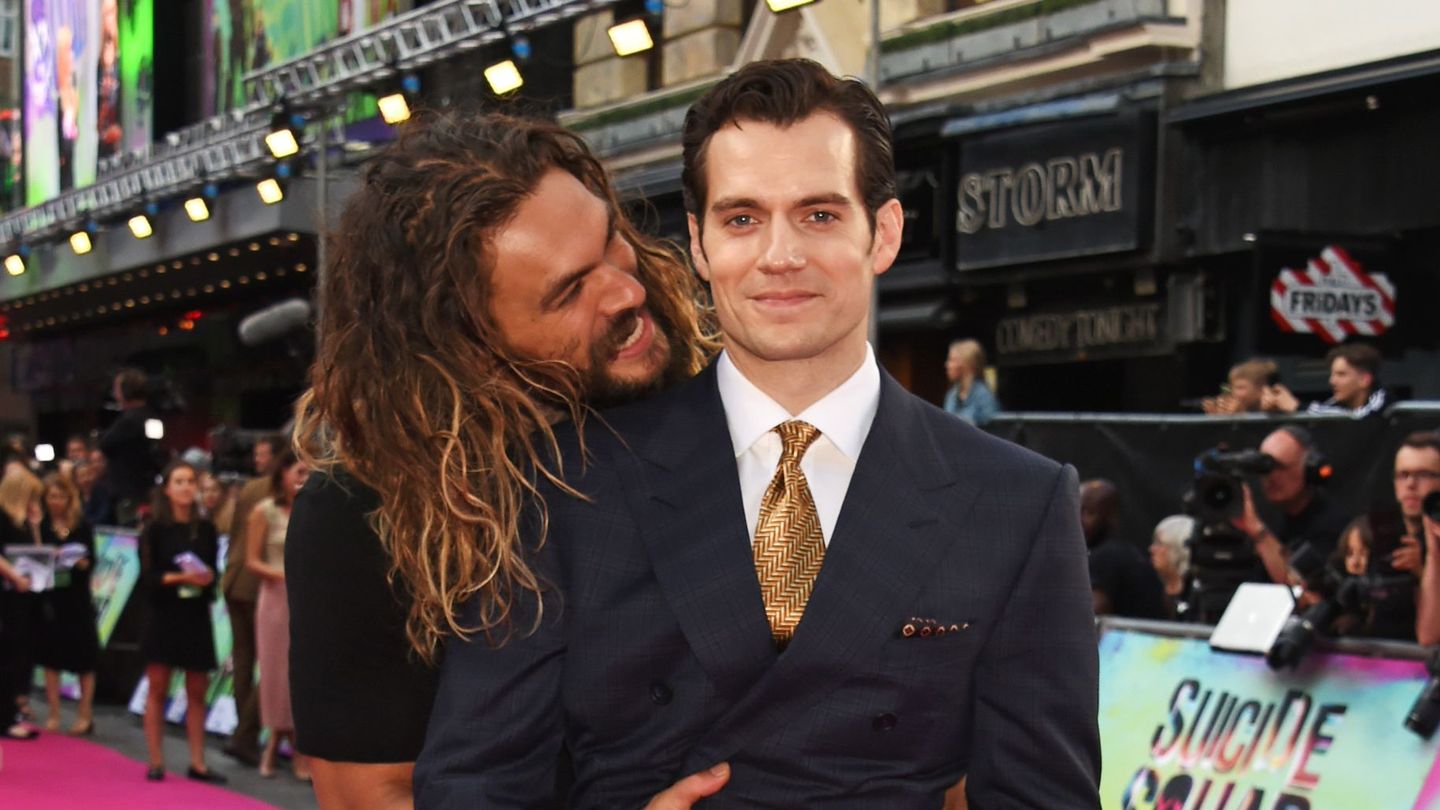 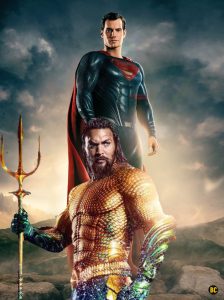 In a recent red carpet interview with Entertainment Tonight, ‘Aquaman,’ star Jason Momoa was asked about the state of the DC Extended Universe. More specifically, if we would see the return of Superman (Henry Cavill.) Previously, Momoa had given a very general statement, making it seem as if Cavill and Affleck were done. Or at least, if they were, it was justified.

“If they’re both out, then listen: It’s just the place they’re at in their careers. I mean, how many has Henry done? He’s done three? Yeah, I mean, like, you want to move on. I think if I did… shit, I have done three.”

In his recent interview he changed his tone about the departure of Cavill stating:

The reporter then doubled down on her question for reassurance. Asking again if Cavill’s exit from the DC Extended Universe if happening. Momoa doubled down as well and has given fans hope that we will see the Man of Steel again:

Momoa has had nothing but praise for his ‘Justice League’ co-star. He believes Cavill is a gentlemen, who taught him how to behave properly in front of fans:

“Henry is the gentlemen who taught me when I came on not knowing anything. I’m like the ruffian hooligan, and he’s just like, ‘There’s kids watching,’ and I’m like, ‘Oh, yeah. My bad.’ He is totally 100% the Superman for me.”

Henry Cavill is still our Man of Steel. Watch Jason Momoa shut down rumors about Henry moving on from Superman. pic.twitter.com/iDddD2jN34 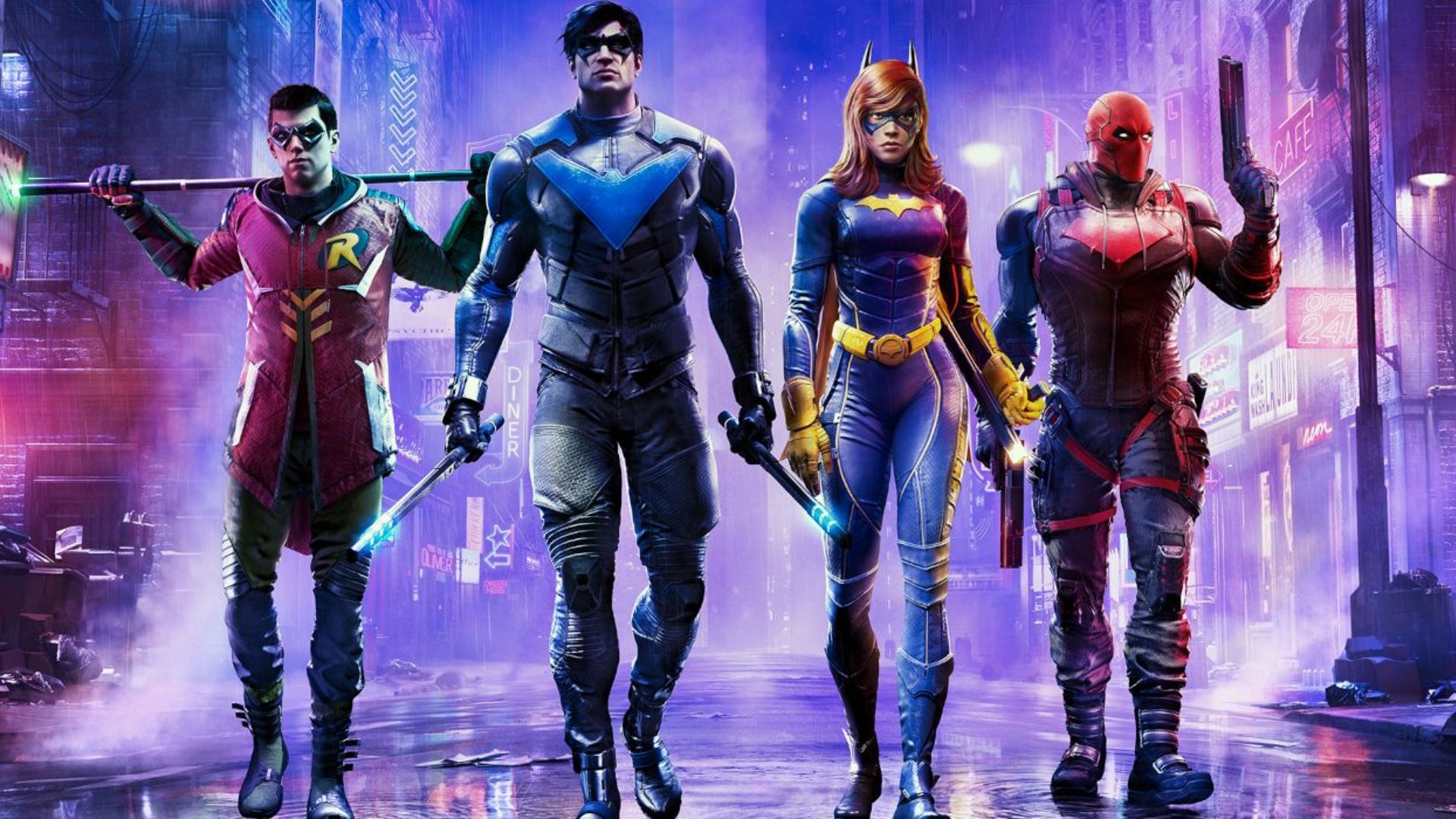 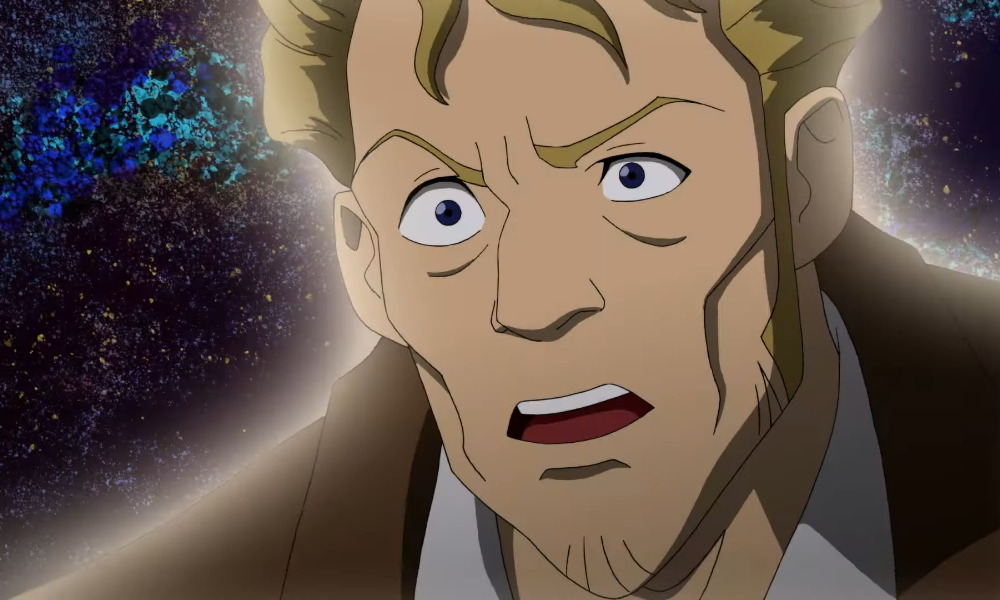 Warner Bros. Animation continues to glean beloved characters from DC’s robust library for the popular DC Showcase line of animated shorts, this time opting to elevate Constantine, Kamandi, The Losers, and Blue Beetle in the 2021-2022 compilation release, DC Showcase: Constantine – The House of Mystery. The shorts collection will be available from Warner Bros. Home Entertainment on Blu-ray on 2nd May and on Digital Download from 3rd May 2022.

Produced by Warner Bros. Animation, DC and Warner Bros. Home Entertainment, and inspired by characters and stories from the iconic DC universe, the all-new quartet of DC Showcase shorts are produced by Rick Morales (Mortal Kombat Legends franchise, Injustice). Jim Krieg is the producer, and Sam Register is the executive producer.

While Kamandi: The Last Boy on Earth!, The Losers and Blue Beetle have all appeared as enhanced content on past DC Universe Movies, the extended-length Constantine – The House of Mystery makes its public debut as the anchor for this dynamic shorts compilation.

Matt Ryan (Constantine, Legends of Tomorrow) reprises his live-action and animated role as the Hellblazer himself in Constantine – The House of Mystery. In the all-new short, John Constantine wakes up in the eerie House of Mystery with no recollection of how he got there. Fortunately, Zatanna and his friends are all there. Unfortunately, they have a bad habit of turning into demons and ripping him to shreds, over and over again!

Telling stories through these showcase shorts offers stirring, mature adventures covering all corners of the DC universe. The anthology-style series throws the spotlight not just on the biggest DC superheroes but also on the characters that may be unfamiliar to the general public in surprising genre-defying ways.

After the events of Justice League Dark: Apocalypse war in which Constantine convinces the Flash and uses his magic to guide him in creating a new flashpoint in order to change the cataclysmic events and eventually save the Earth. However in doing so he’s meddled with time and unfortunately a price must be paid and Constantine must pay it.

The punishment bestowed upon him feels like a groundhog Day horror story as he’s trapped for eternity inside “The House of Mystery” a secret domain where none can escape from. Very little is known about this mysterious house, the architecture is indeterminate and changes periodically. The same holds true for inside the house as rooms constantly shift and one never enters the same room twice, One thing for sure though is that the house likes to play tricks on people and the superheroes that enter it.

If anything Constantine is put through the physical and emotional wringer and what he endures throughout his imprisonment is gory and gruesome.

Throughout the film there’s a mystery to be unraveled and its even more impactful thanks to Robert J. Kral’s incredible, haunting, and eerie score which truly elevate the films more supernatural sequences.

Matt Ryan continues to be the definitive Constantine, portraying him both in live action and animation. He truly made this role his own, with his splenetic humour and arrogance that the Hellblazer is well known for.

finalising the cast are Camilla Luddington (Grey’s Anatomy) and Ray Chase (Licorice Pizza) who reprise their roles from Justice League Dark: Apokolips War as Zatanna and Jason Blood/Etrigan, respectively, while Robin Atkin Downes (The Strain) and Damian O’Hare (Pirates of the Caribbean: The Curse of the Black Pearl) reprise their roles from Constantine: City of Demons as Negral and Chas, respectively. In addition, Grey Griffin (Scooby-Doo franchise) and Lou Diamond Phillips (La Bamba, Longmire, Young Guns) join the cast of the short, which is directed by Matt Peters (Injustice) from a script by Ernie Altbacker (Batman: Hush).

Constantine: The House of mystery is a stacked twenty-seven-minute short film that features mystifying elements as well a few explicit scenes. Its gripping, gory and deliciously sinister whilst showcasing visual animation, haunting score and ultimately a mindbending hell-induced nightmare visit to The House of mystery

Constantine – The House Of Mystery is set for release on Blu-ray on 2nd May 2022 and on Digital Download on the 3rd May 2022.

Don’t forget to enter our competition HERE as we’re giving two lucky winners a copy of the new collection of DC Animated shorts, Constantine – The House Of Mystery on Blu-RayTM – UK ONLY!!!

WIN CONSTANTINE – THE HOUSE OF MYSTERY ON BLU-RAY™ 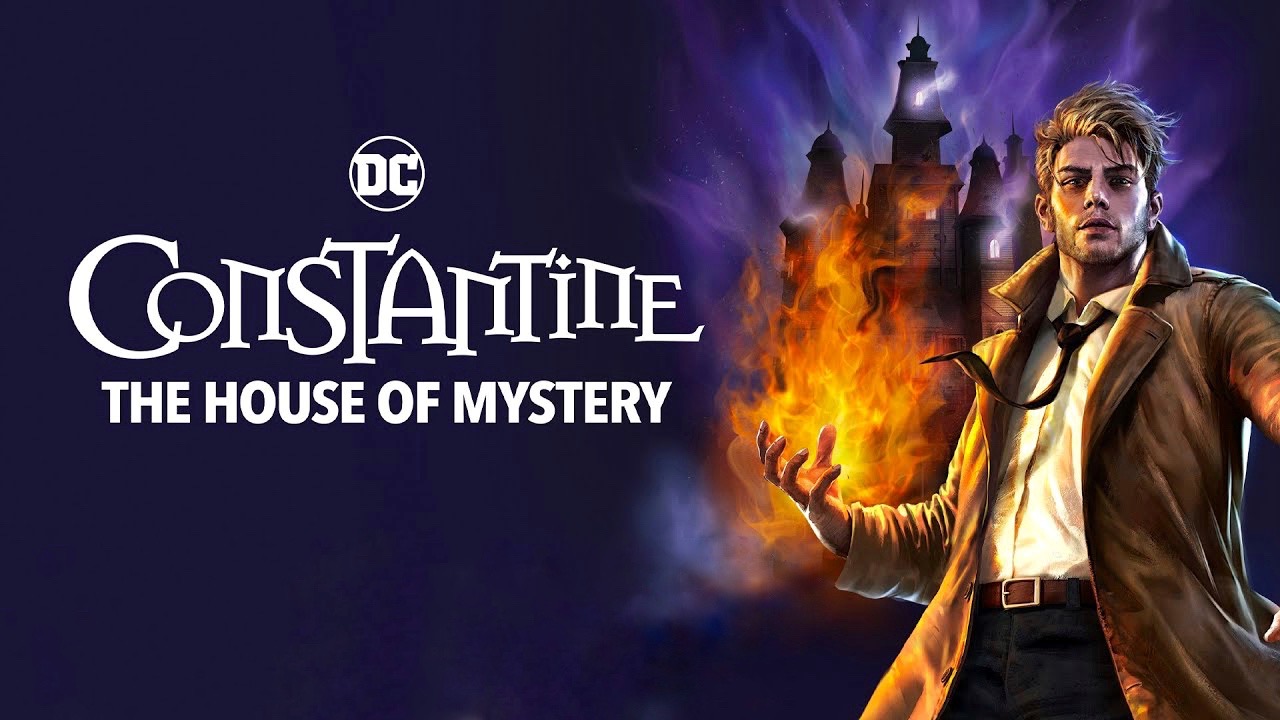 To celebrate its release, we’re giving two lucky winners a copy of the new collection of DC Animated shorts, Constantine – The House Of Mystery on Blu-RayTM!

The new DC Showcase line of animated shorts elevates the beloved characters Constantine, Kamandi, The Losers, and Blue Beetle. In the anchoring short, John Constantine wakes up in the eerie House of Mystery with no recollection of how he got there. Fortunately, Zatanna and his friends are all there. Unfortunately, they have a bad habit of turning into demons and ripping him to shreds, over and over again!

Matt Ryan (Constantine, Legends of Tomorrow) reprises his live-action and animated role as the Hellblazer himself in Constantine – The House of Mystery. Camilla Luddington (Grey’s Anatomy) and Ray Chase (Licorice Pizza) reprise their roles as Zatanna and Jason Blood/Etrigan, respectively.

Constantine – The House Of Mystery is set for release on Blu-ray on 2nd May 2022 and on Digital Download on the 3rd May 2022.

For your chance to win a copy of Constantine – The House Of Mystery on Blu-rayTM, simply comment below the answer to the following question:

What is Constantine’s first name?

Entries for the competition close on 3rd May 2022. UK entries only.