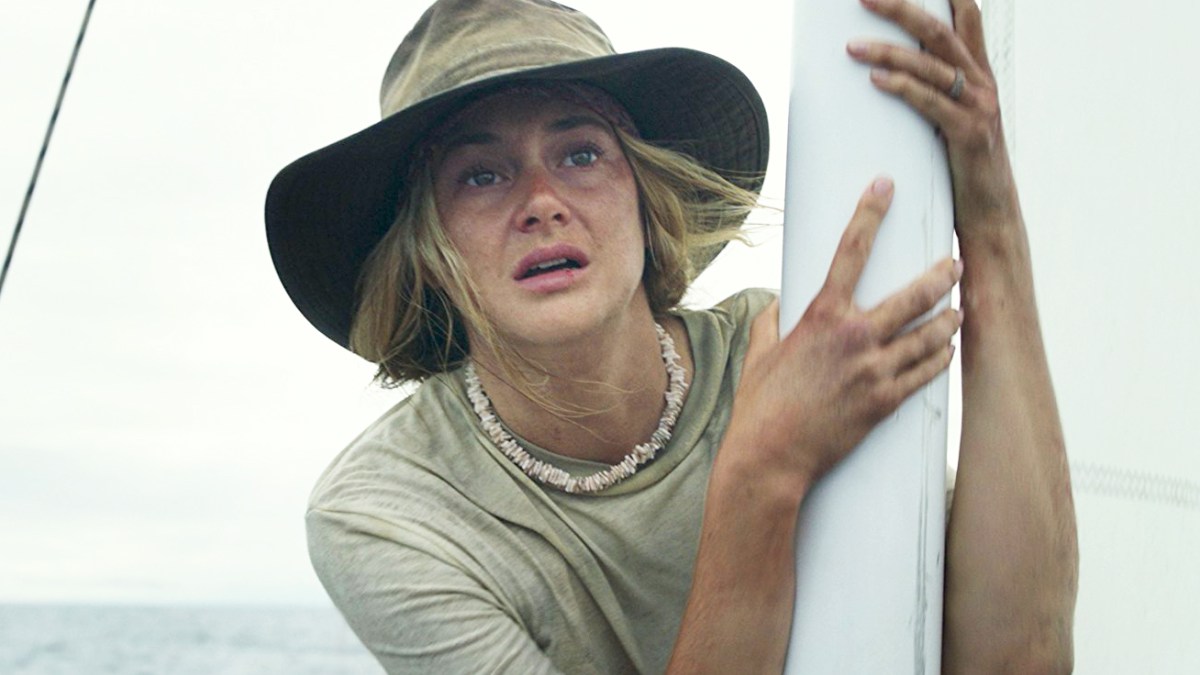 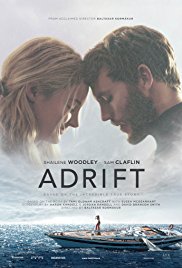 It’s intense.
The infinite horizon.
After a few days, I feel reborn.
You know, just you, the wind and the sound of the boat cutting through the ocean.

When you compare “Adrift” with the movie “All is lost“, where Robert Redford sailed across the ocean on board of a huge sailboat, you’ll notice some similarities. First of all, you can expect some idyllic footage once again. The words horizon, the setting sun, and sails that blow in the wind can be used to compose a corresponding sentence. In both films, it’s an upcoming storm that ensures that the spotless sailboat is reduced to floating wreckage. And then you see an admirable struggle for survival. These being the similarities, isn’t surprising. What else did you expect in a film about a shipwreck?

However, there are also some significant differences. Differences which make “Adrift” a more interesting film. First, let’s talk about the conversations. In “All is lost” there are as many dialogue lines as you encounter traffic lights on the ocean. None! But then again, Robert Redford was drifting all alone while Tami (Shailene Woodley) and Richard (Sam Claflin) had each other. If there would be no conversation at all, you could say those two Globetrotters weren’t really meant for each other. And the trip across the Pacific would have been boring as hell for both of them in that case. The most obvious difference is the gender of the person who does everything to survive. And finally, there’s the psychological aspect that reminds you immediately of “47 Meters down“.

Before you know it, the storm is over.

The film can be divided into two chapters. One part before and one after the storm of course. Don’t expect an apocalyptic drawn-out part with a ferocious ocean that throws the boat around like a walnut after which it finally crushes it like a coconut by a heavy stone. Otherwise, you’ll be disappointed. The devastating storm itself is extremely short. The part that was given a lot of attention, is about Tami and Richard meeting each other. And on the other hand, the terrible period on a destroyed boat with a limited supply of food and something to drink. And as a vegetarian, it’s even more difficult For Tami. Because catching a fish causes her to gag instead of being happy. If I’d be in a similar situation, I would throw away my morals instantly.

In terms of content, both parts were interesting enough. Only the romantic stuff was a bit too much of a good thing. I understand they tried to show the contrast between the pleasant and the difficult moments. And then there’s the least successful part for me. The alternation of fragments from the two different time lines with the help of recurring flashbacks. Just when you are empathizing with the dramatic part of the story, in which Tami tries to cope with the situation and does the impossible to cheer up the badly wounded Richard, they jump back to a romantic scene with those two lovebirds watching a beautiful sunset while drinking a Cuba Libre. Even though these are sometimes scenes with beautiful images, I thought it slowed down the pace and decreased the tension. After every flashback, I thought to myself “Show up, you damn storm. Where are you?“. But once this terrible event is over, it’s still a fascinating film with a well-thought-out twist.

Don’t watch when you’re about to go on a boat trip.

“Adrift” isn’t a bad movie. Or you hate romantic issues. Or you instantly get seasick when you look at a sailboat. What impressed me the most was the interaction between Shailene Woodley (who effortlessly transcends her acting level from “Divergent“) and Sam Claflin. Their love relationship felt convincing and realistic. No fake moments. They were two wandering souls who met each other by chance and together undertook this adventurous trip. They aren’t married yet and already they experience what it means to be together for better or for worse. The film is based on true facts. Mostly the result is a mocking chuckle when I read this. But for me the result was an enormous respect for that young girl who experienced this disaster. Tami Oldham is living proof that one should not talk about the weakness of women. She proves that women can stand their ground in certain circumstances. “Adrift” shows that the term “Girlpower” is not an empty concept. Only one advise. Best not watch this movie when you’re planning to take a boat trip in the near future. I’m sure you’ll start that well-deserved holiday with trembling knees.

FILM RATING
Related Topics:ActiondramaREVIEWS
Up Next