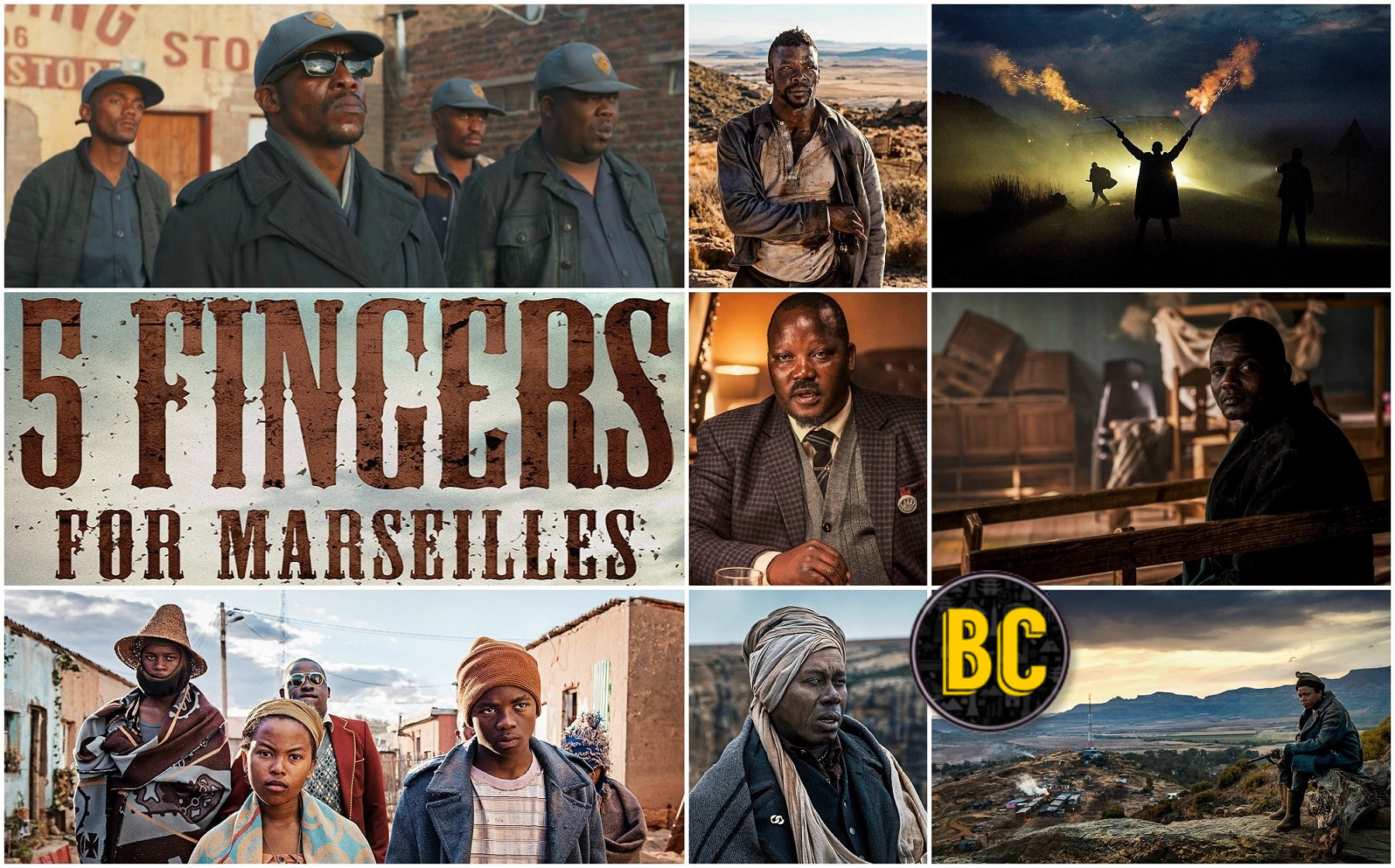 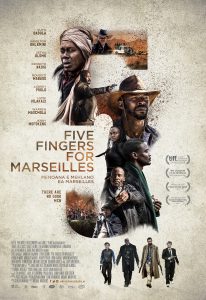 Pistol-packing acclaimed South African western Five Fingers for Marseilles, a thrilling tale that takes its place alongside classics such as Once Upon a Time in the West and contemporaries like The Proposition and No Country for Old Men, stares down the barrel of a national theatrical release Friday, September 7, 2018 via Uncork’d Entertainment.

Imagine Clint Eastwood in The Good, the Bad and the Ugly; Yul Brynner in The Magnificent Seven; or John Wayne in The Searchers. Now journey from the sweeping plains of America’s Old West to the unforgiving hinterlands of South Africa. Then update the archetypal gunfighter to steely black cowboys who are deft horsemen and lethal marksmen. The result is the boldly original and modern take on the Western genre, Five Fingers for Marseilles, filmed on location in the North-Eastern Cape village of Lady Grey, South Africa. The movie marks the feature directorial debut of Michael Matthews and the feature screenwriting debut of Sean Drummond.

Matthews and Drummond honor the traditional Western genre — and its Spaghetti and revisionist variations — while exporting the trappings into a fresh contemporary story set against the backdrop of post-Apartheid South Africa. Five Fingers for Marseilles takes place in a small town “governed” by dubious local officials, living in fear of a lawless mob; when an exiled outlaw returns home in search of solace and redemption, brotherhood and loyalty are fused with vengeance.

The residents of the colonial town of Marseilles are under the thumb of police oppression and only the young rebels known as the Five Fingers are willing to stand up to them. Their battle is just, until Tau kills two policemen and flees the scene. The remaining rebels disband while the banished Tau resorts to a life of crime.  Twenty years later, now known as feared outlaw The Lion of Marseilles, he is released from prison. He returns home, desiring only peace and to reconnect with those he left behind. The battle for South Africa’s freedom has been won, and former comrades-in-arms are in prominent positions as mayor, police chief, and pastor. But it quickly becomes clear to Tau that Marseilles is caught in the grip of a vicious new threat — and he must reconstitute the Five Fingers to fight frontier justice. Standing against former allies and new enemies, the re-formed Five Fingers saddle up and ride out, and put their lives at risk to save their beloved Marseilles.

FILM RATING
Related Topics:dramaFive Fingers For MarsiellesindieThrillerUnkcork'd Entertainment
Up Next